If the on screen couple has chemistry, the drama becomes that much more interesting. 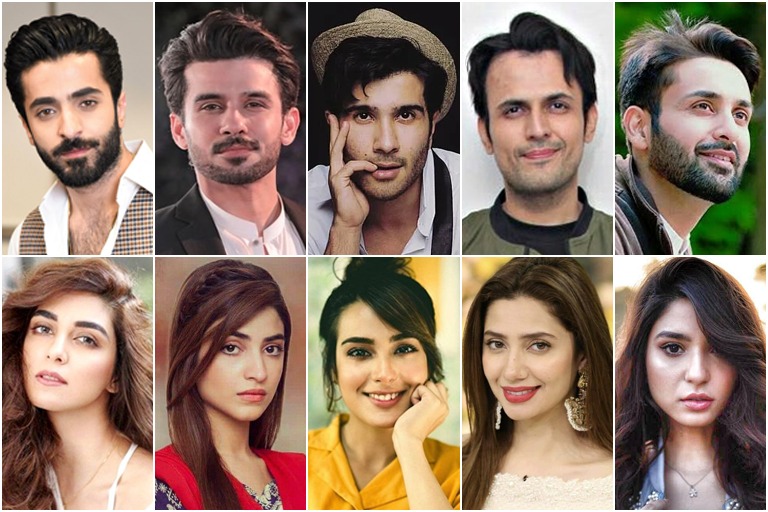 KARACHI: When it comes down to what makes a drama successful, there are various elements involved. The plot, the dialogues and the acting all play a vital role in making the drama a must-watch. However, beyond these elements, there is one major part of the equation that we often take for granted and that is the chemistry between the on screen couples. These couples are the ones at the forefront of the drama who have to deal with all that life has to throw at them. Whilst watching the drama, audiences root for the on screen couple and want nothing more than for them to make it through their tough times. But that can only happen if the couple is believable and if they have chemistry. Speaking of some recent dramas, here are our picks for the best on screen couples.

There’s no denying that Pehli Si Muhabbat on screen couple oozes chemistry. From their very first meeting, sparks flew and it only got better from there onwards.

Between the stolen glances, the mischievous smiles and the tears, it’s hard not to get invested in Rakhshi and Aslam’s love story. Sheheryar Munawar especially does a great job in conveying Aslam’s emotions when it comes to his love. The anger, the heartbreak and the devotion all feel real and take audiences on a rollercoaster of emotions.

Khuda Aur Mohabbat 3 fans were shocked to learn that despite the fact that the two leading actors have so much on screen chemistry, they hardly even interacted prior to the drama. Iqra Aziz revealed, “Me and Feroze we are not friends and don’t have something like that as such, we might have met twice before. But when we started working on the set, we had great chemistry. We were completely molded into our characters we were understanding it and we knew how we will bring these two characters together on screen.”

While the two stars don’t necessarily play a couple for the ongoing drama, they still bring magic to the screen every time they have a scene together. And as mismatched as a pair the two characters would be if they got together, we can’t help but root for them to do just that. Between Mahi’s innocent and pure personality and Farhad’s journey from being love-struck to being heartbroken, fans can’t help but hope they will be one of those on-screen couples who end up together despite the odds.

As opposed to the other on-screen couples, this couple is a little less intense but is equally as exciting. Usman Mukhtar and Mahira Khan’s characters have a more playful banter situation going on and their relationship status is ambiguous. The ambiguity which only leaves audiences confused and wanting more of the two of them together on screen.

With Mahira Khan playing her usual loveable characters, fans are rooting for her instead of Kubra Khan in the love triangle and we can’t help be reeled in with the lovestruck loves Mahira Khan pulls off so well. The interactions between Mehreen and Aswad are adorable and hilarious and fans are of the opinion that they two are the “one true pairing” of the drama.

When will Pakistani dramas change the woman vs. woman narrative?

Azmaish is one of those stories where our innocent heroine is mistreated by those closest to her and she is left to suffer. Kinza Hashmi plays one of the leading ladies in this drama and despite all that is going wrong in her life, she’s still shown to be strong and keeps her head up despite all odds.

This is why her relationship with Fahad Sheikh’s character in the drama is a treat to watch. Their love story isn’t intense and it isn’t funny. It’s one that is subtle and fans can’t wait for it to finally catch up to the characters. Fahad Sheikh’s character isn’t pushy, he isn’t overly flirtatious. He masks his love with care and concern and audiences are glad Kinza will finally find the love she deserves.

Affan Waheed and Ramsha Khan were a treat for audiences with their role in the recently concluded Shehnai. The romantic comedy featured the two actors in the lead and yet they weren’t meant to be a couple. Despite being betrothed to each other, they were both in love with someone else.

But that did not stop the two from being a fan-favorite, onscreen couple. Between Affan Waheed playing the ever supportive man of every girl’s dreams and Ramsha Khan’s vivacious, strong-headed character, it was obvious to everyone other than the characters themselves that they were meant to be. And when they finally do get together, fans were beyond ecstatic.