Sadaf Kanwal to launch her own fashion line

The fashion line is named after the model herself and is still waiting for an official launch date. 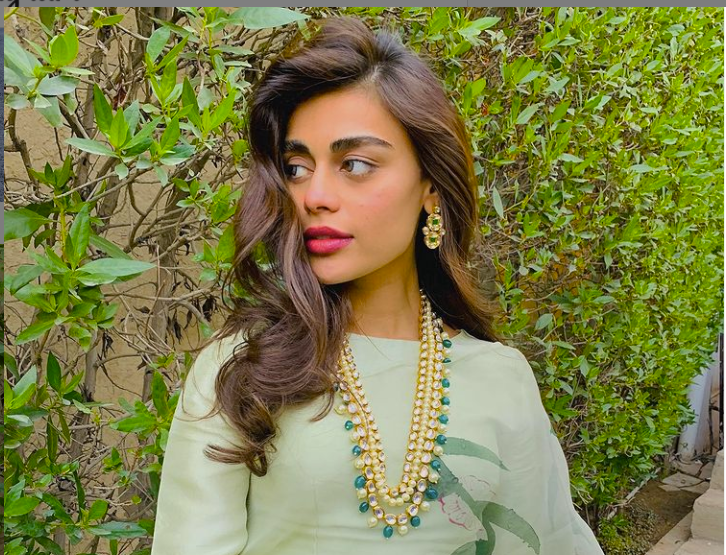 KARACHI: Sadaf Kanwal has had a turbulent past month. Her interview where she made the controversial statement about how her husband is her culture  blew up and left the internet split in half on whether they agreed with her or not. It didn’t help when her husband joined in on the controversy and proudly denounced feminism as a smokescreen for women to be shameless. However it seems as though the model turned actor has decided to move on and launch her fashion line, called “Sadaf Kanwal”.

Sadaf Kanwal took to Instagram to announce the news and wrote that she is “Very proud to announce my very own Fashion Line.”  Shehroz Subzwari also expressed his excitement on his wife’s new venture and called the fashion line, “A venture very close to our hearts.” He went on to request prayers from his well-wishers, “Need your prayers and support.”

Though Sadaf Kanwal has announced the launch of her new fashion line, she hasn’t divulged any details of the new project, including the launch date for the collection. Fans can only wait and see what the new venture has in store and “what the supermodel wants to design for Our Nation’s Women.”

Sadaf Kanwal is one of many celebrities who have chosen to branch out from their respective fields. Maya Ali recently announced the launch of her clothing label while Faysal Qureshi launched his own fragrance and Ayesha Omar launched her skincare line.