No Sadaf, my husband is not my culture

Here's why Sadaf Kanwal and her belief on feminism and culture is inherently skewed. 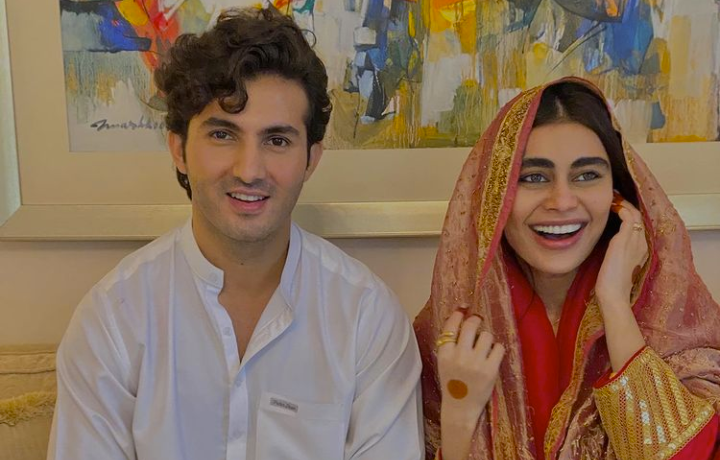 KARACHI: In the weeks leading up to my marriage, I began getting advice from practically everyone. Some incredibly infuriating statements were made which had me seething. Every time I would open my mouth to argue, my mother would swoop in and give me the look and the conversation would end there. The advice in questions was somewhere along the lines of how in order to have a successful marriage I would have to bow down to my husband’s every whim no matter how absurd or unreasonable. Because he was a man and as per Sadaf Kanwal he is my “culture.”

The advice that used to come my way would be from older ladies and I would assume it stemmed from a generation gap. But then, what excuse does Kanwal have when she spouts nonsense about what a woman’s role in society is? When she callously says women are not bechaari (a poor soul)? For all terms and purposes, Sadaf Kanwal managed to show that all she is is a privileged, rich woman who turns a blind eye on the struggles an ordinary woman has to face on a daily basis. And her ignorance only adds to a woman’s suffering.

Her statements were also tone-deaf. She very proudly proclaimed that women are not bechaari. “A woman is very strong. I feel very strong and surely you [the host] must be strong as well,” she said putting her foot in her mouth. This is coming from a woman who made her own career choice and was financially secure way before her marriage. A woman who probably doesn’t know the meaning of restrictions. But this doesn’t apply to the ordinary woman in Pakistan. How many doctor bahus have been forced to sit at home wasting away their degrees? How many women are victims of domestic abuse and are beaten over the pettiest of issues and have no way out? Yes, these women are strong but not by choice but because they have to be.

Sadaf Kanwal went on to make her infamous statement, “Our culture is our husband. I married him, which means I have to pick up his shoes and iron his clothes.” Though she did add that she doesn’t iron his clothes (and probably will never have to) and then continued on with her sermon, “I know where all of Shahroz’s things are and what and when he has to eat. I need to know these things because I am his wife and I am a woman. He doesn’t have to know the same about me. This is what I believe because this is what I’ve grown up seeing.”

Now here’s the thing, we aren’t upset with Sadaf for doing these things for her husband. Truth be told, I’ve also had to pick up my husband’s shoes (though mainly because he leaves them in the middle of the room for me to fall over them face first). Taking care of your spouse, knowing what they like or don’t like, and ensuring their comfort all stem from a place of love and should not be associated with gender roles. Notice how I used the word “they” because it’s not solely a woman’s responsibility to know these things and there is no reason why a husband should not know these things. Honestly, we can’t think of even one reason to justify a husband being oblivious to his wife’s needs. Because if they can’t reciprocate the love and respect for their wives then they might as well have hired a maid to do all these things.

Just because it’s not happening with you doesn’t mean its not happening with anyone. Thousands of women are abused physically & mentally by their own husbands and they don’t feel empowered at all! They are fighting for the rights you already have. #SadafKanwal

On a bigger scale, Kanwal Ahmed’s statement reinforces a very toxic mindset in our society. Working women will be taunted that if a top model can allow her husband to make such high demands then who are they to say no? Your maid’s husband will throw it in her face that even educated women and “oonchay gharon ki auratin (women from elite households)” bow down to their husbands. Housewives will be told that they’re being lazy and there are models with busy schedules who do their jobs and look after their husbands and they do it happily. These statements will continue to haunt women for times to come.

Kanwal also talked about how “I believe that you should consider your husband as a husband and the status of the husband should be higher because he is a man, he feeds his wife, takes care of the children, although I work but can’t compete with husband.” Which is ironic because, between the two, Sadaf Kanwal has had a much successful career than her “culture,” Shahroz Sabzwari.

When asked about feminism, the model was very vague and said, “This feminism that has become a part of our lives, it’s because of liberals.” What Kanwal failed to recognize is that it is because of feminism and liberals that she became one of the top models in the country. She was allowed to choose the clothes she wanted to wear, the events that she wanted to attend, and make the choices she wanted to. Yes, feminism is about respecting your husband, but it’s not just about men. It’s also about a woman’s autonomy, which the model really seems to take for granted.