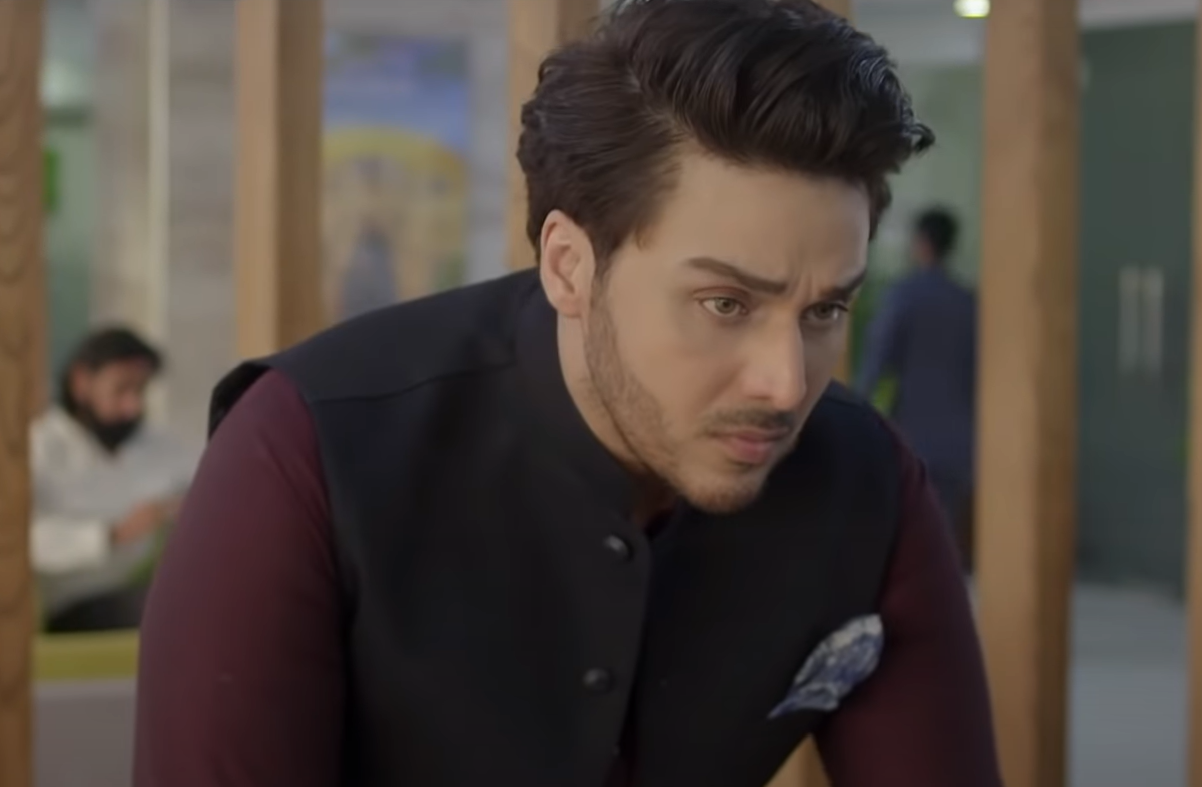 KARACHI: Only a few weeks ago, Mawra Hocane announced her new drama, Qissa Meher Bano Ka. The serial has now released its first teaser, revealing Ahsan Khan and Mashal Khan as cast members. The teaser is primarily a glance at Ahsan Khan’s character, Murad Ali, who seems to be playing the antagonist. The caption shared by Hum TV, the channel on which the drama will air, promises that it will be ‘a story of blind, intense love.’ A look at Murad Ali, however, suggests that his character might just be a toxic, obsessive one. In the teaser, he can be heard talking about his ever-changing nature, suggesting towards a manipulative attitude.

The first teaser gives no insight into Mashal Khan or Mawra Hocane’s characters but social media posts shared by the latter (earlier) suggested her getting married off in the drama. Murad Ali can also be seen dressed in a groom’s attire walking down decorated stairs in the teaser. Perhaps the plot involves the two being married to each other. The last time Mawra Hocane and Ahsan Khan shared the screen was for period drama Aangan, released in 2018, also on Hum TV.

Qissa Meher Bano Ka has been written by Fakhra Jabeen and directed by Iqbal Hussain, who also directed Deewar-e-Shab and Zebaish. A few other dramas to have recently gone on air on Hum TV are Hum Kahan Ke Sachay Thay, Laapata and Parizad that are currently catching viewers’ attention.