The actor took to Instagram to share a glimpse from the set of her upcoming project. We are yet to know the details 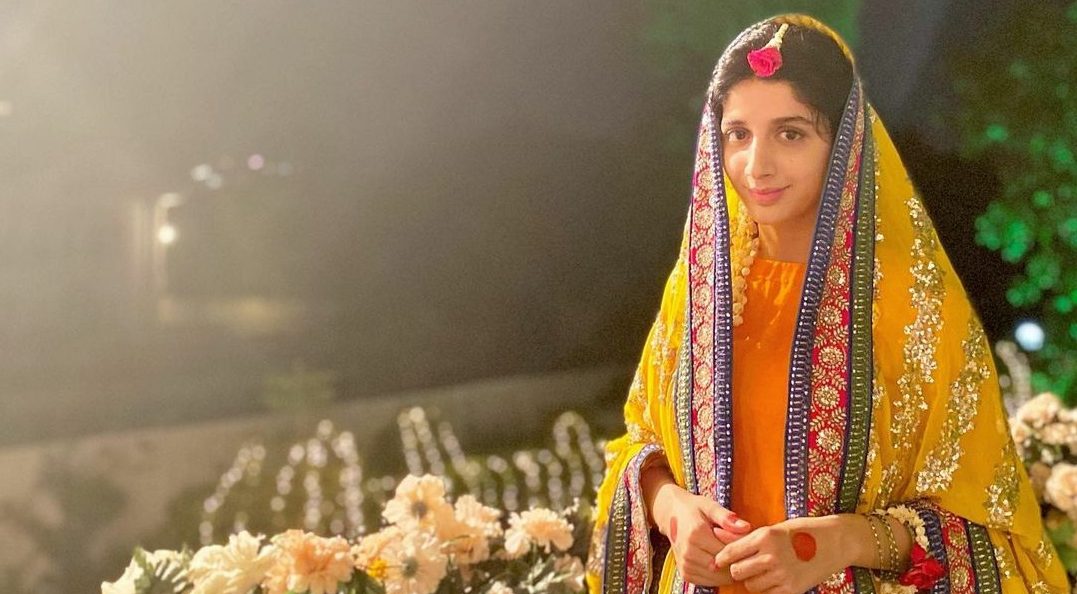 KARACHI: Mawra Hocane sent shockwaves across Instagram when she uploaded a picture of herself adorned in bridal mayun wear. The actress who boasts a whopping 6.5million followers on Instagram has been laying low on social media for a while and so when she gave no other explanation as to why she was wearing traditional mayun clothes other than a vague caption “M” with a yellow heart, wedding rumors began to fly. However, she was quick to quash any possible wedding speculation when she revealed a teaser clip from her new project called Meherbano Ka Qissa where she’s wearing the same clothes as the previous picture. She was also quick to add the hashtag #shoot to the picture she had posted earlier.

The actress was last seen on screen in Sabaat alongside Sarah Khan, Usman Mukhtar and Ameer Gilani. Hocane is known to take on one project at a time. Some of her recent roles that left an impact include those in Aangan, Sammi. and the most recent, Sabaat.

For now, we do not know much about Meherbano Ka Qissa except for a clip that Mawra Hocane shared on her Instagram recently. She has begun shooting for the project in Islamabad. We’re eager to learn what role she is playing this time around and who is the male protagonist in the upcoming project. Watch this space for details.