The next Spider-Man movie is a ‘home’ run by MCU

Fans had been hooked to find out what's next in store for our friendly neighborhood Spider-Man. The latest reveal teases at a multiverse. 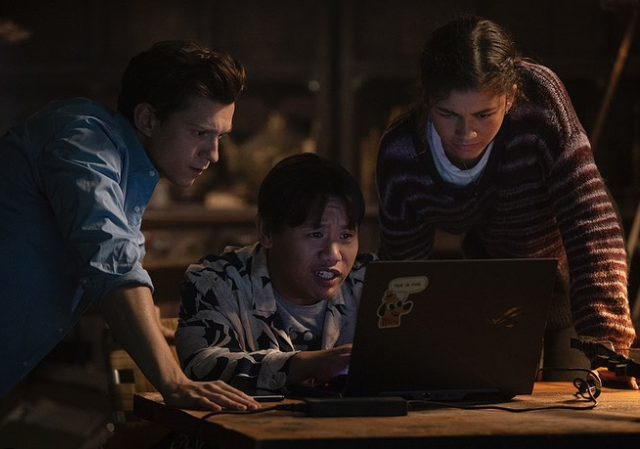 KARACHI: Spider-Man: Far From Home ended on a rather unexpected note when Mysterio – rather Quentin Beck frames Spider-Man for attacking him through his holographic illusions. The footage of that attack has been broadcast all over New York City and for the first time in Spider-Man’s history, his face has been revealed. The holographic illusions did tease (with its fake CGI-generated alternate reality) that the next phase MCU is entering into will raise the bar higher by actually taking Spider-Man or perhaps various other characters (or other Spider-Men) into another universe in the upcoming movie.

After the Avengers: Endgame, MCU had constantly been flashing “The universe is expanding” throughout its phase 4 promos. While this does hint at newer characters and their own worlds/galaxies/planets/realities fusing into the MCU, it could also mean our old (not very old ones though) characters taking a trip to another reality/dimension. Or perhaps their own alternate versions from another reality come together at some point – much like Spider-Man: Into The Spider-Verse where different versions of Spider-Man (and Spider-Woman, and Spider-Dog) come together to defend the neighborhood. The theory can be tested through the fact that several titles for the same film had been put forward and shared by Tom Holland, Zendaya, and Jacob Batalon.

The video starts with playful banter between the three lead actors as one of them makes a comment on how the name is being kept from Holland because he has difficulty keeping things to himself.

There are several theories as to how Spider-Man 3 might play out, but all we do know for now is that Peter Parker will have no way back home in the upcoming movie. Now why that might be, is perhaps because he gets sucked into a vortex with several other Spider-Men from different universes.

WandaVision has recently introduced the term Nexus for one of their commercials. While it does hint at Wanda’s deteriorating mental health, it also brings to focus the term itself. Oddly enough Wanda herself is a Nexus, which means she does not have an alternate version of her in another reality. She is the same throughout all realities. A sorceress who can alter reality at her will, of course, she needs to stay constant throughout all parallel realities.

Nonetheless, Wanda is a special case, because she needs to stay constant in order to have power over reality. Reality cannot change her because she is supposed to change it. But not every character can be a Nexus. And it is highly unlikely for Peter Parker to be a Nexus because of his association with the Spider-Verse. Perhaps the introduction to Nexus beings is in itself a tease towards the issue of those that aren’t. Who change as reality changes and become a new, parallel version of themselves should a parallel universe/reality exist.

We have yet to wait for the trailer to come out to dissect into, as well as for WandaVision, Loki, and Doctor Strange (also reportedly appearing in the upcoming Spider-Man movie) to further unravel the multiverse before Peter Parker can find himself tangled and webbed in it.