Loki Trailer: what to now expect from the MCU universe

Loki, the god of mischief and now a protagonist of his own upcoming American TV series have fans intrigued in the recently released trailer. But how will his story progress now? 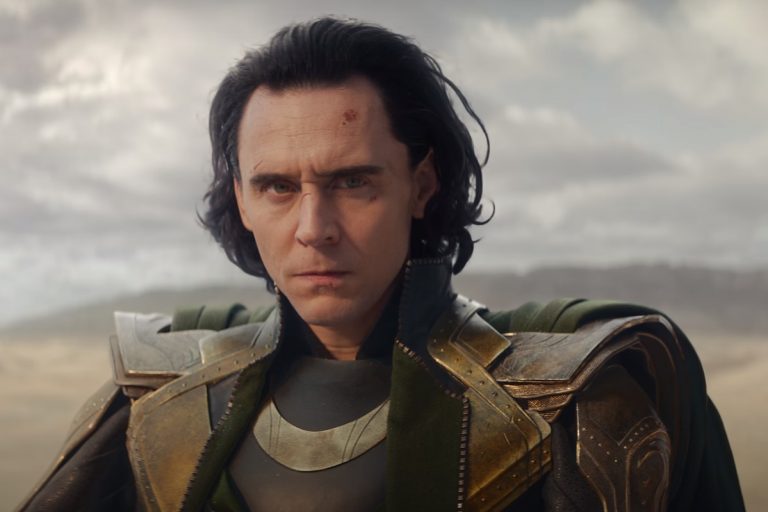 KARACHI: As the much-awaited trailer for Loki sees its release, another wait for the series begins. Loki is an upcoming American TV series that picks up Loki’s story from a different arc than the one it followed post Battle of New York in Marvel’s Avengers till the opening of Avengers: Infinity War.

Fans were extremely heartbroken after the evil Loki was turned into a wholesome character in Taika Waititi’s Thor: Ragnarok. only to be killed by Thanos as Infinity War starts. The character had become a hit with his arc and loved for his mischief and sense of humor. It is only human to rejoice as the character makes his return, even if as his evil older self. The series will premiere in May 2021, as Tom Hiddleston reprises his role as the Asgardian God.

With its unpredictability being its success factor, one can really not say what exactly will happen in the series, however, what we do know is that the character shift Loki showed following Thor: The Dark World might not be followed by this version of him. This Loki has not gone through Frigga, his mother’s death like his version from previous films who receives a motivational speech Thor after which he ultimately reunites with his brother to fight the dark elves.

Explored for his side as a mischievous god rather than an evil character, Loki became most beloved after Ragnarok, where he is seen once again receiving a motivational speech alongside his brother Thor from their father Odin.

This Loki has recently been defeated in the Battle of New York, in the first Avengers film. He still has vengeance (and mischief) still on his mind. This Loki was the one who (until then) was trying to acquire stones for Thanos (or maybe himself, who knows?) unlike his Avengers: Infinity War version who switches his allegiance to Thor, and later to Valkyrie.

It can naturally be assumed that his character will face an entirely different shift that its previous version.

#TomHiddleston ♥️/ #Loki 💚
The most Glorious morning in a long time and I’m definitely ready 🥰🤗 pic.twitter.com/Hmj6NRTwHB

In the trailer of the series, we see Owen Wilson’s character telling Loki that he is now in the TVA, where he is being taken somewhere in an elevator to “talk”. TVA actually stands for Time Variance Authority. First introduced in comics – Thor #372 by Walt Simonson in 1986, TVA is an organization of people who monitor time. Their collaboration with the She-Hulk has also been explored earlier and their involvement at this point could be an Easter egg to another MCU superhero.

The entire time heist from Avengers: Endgame wiped out Thanos and his gang after bringing them forward in time by 11 years. Two new branches in time were created because of the heist.

While everything went smoothly and Captain America returned all the stones to their original places by the end of the film, the 2012 part when Loki disappears with the Space Stone goes wrong. Anyone in possession of the space stone has the power to open a portal from one part of the universe to another. Not only might the events from Endgame have prompted the authorities to hunt down Loki from 2012 but his possession of the most powerful infinity gem there can be.

It is time-travel but with the bureaucracy involved here.

What’s with the lonely woman sitting by the purple horizon?

Fans speculate that it is Black Widow, a character that has been lost during the time-heist in Endgame after she sacrifices herself for the soul stone. However, in the trailer, we see a lonely woman in a black outfit similar to the one Natasha Romanova wears, with her back towards the camera. The horizon seems like that of Vormir, the deserted planet where she lost her life.

However, other scenes from the film show similar purple color grading. When Natasha dies she has long red hair with streaks of platinum blonde, a little different than the woman in the picture who has a hairstyle sported by the Russian spy a little earlier in the timeline. It could be Lady Loki, the female incarnation of the Asgardian God.

One really needs to watch the Black Widow movie to be sure about this, but fans have already been super excited about the return of the fallen Avenger.

WAS THIS BLACK WIDOW IN THE LOKI TRAILER WTF PLEASE #marvel pic.twitter.com/vIqeBKIFRG

THAT'S FUCKING NATASHA RAMONOFF IN THE LOKI TRAILER IT LOOKS LIKE SHE'S ON VORMIR BUT THE HAIR MAKES ME THINK IT'S AOU NAT- ANYWAYS LEMME GO CRY IN A CORNER #BlackWidow #natasharomanoff #LokiSeries #Marvel #MarvelStudios pic.twitter.com/N6K31jlks2

Will his character be queer?

Speculations definitely say so. However, as the god has the ability to shapeshift, he shape-shifts into a female too. According to Deadline Sophia Di Martino might play the female incarnation of Loki. Due to this, the character could possibly have both male and female love interests.

Alongside Tom Hiddleston, we see Owen Wilson as a bureaucrat from the TVA in the trailer of Loki. Several other cast members include Sophia Di Martino, Gugu Mbatha-Raw, and Richard E. Grant.