Iman Vellani set for her part in Captain Marvel 2

The young actor had already been roped in to play Ms. Marvel 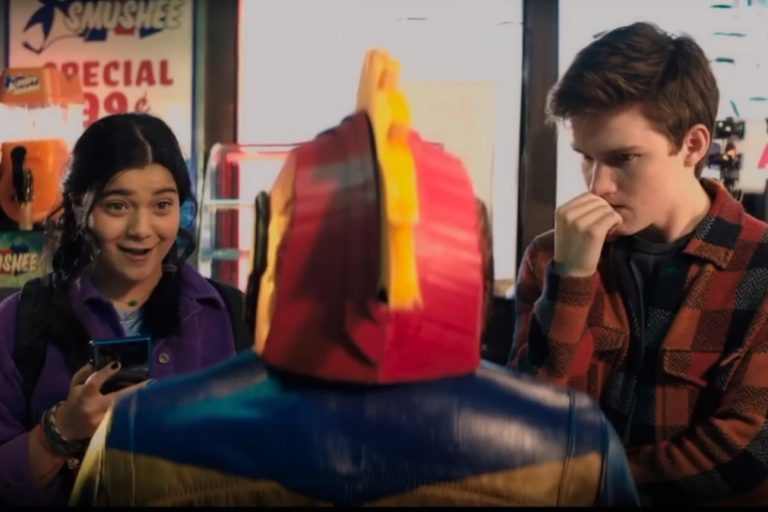 KARACHI: It seems like MCU hasn’t taken a break with its most anticipatory announcements and storylines that are keeping one hooked ever since the lockdown began. Re-centring itself to the new normal as well as the overall switching from cinema to online-streaming, MCU was quick to produce TV shows like WandaVision and Loki. The very same franchise also came up with Ms. Marvel, another series starring Iman Vellani as the first Muslim superhero of the MCU. Recently, it announced Vellani also starring alongside Brie Larson and Zawe Ashton in the upcoming Captain Marvel 2.

From the hesitance and sudden awkwardness in the room as soon as Captain Marvel is mentioned to Monica Rambeau and Nick Fury (Tallos, a friendly Skrull in disguise) in WandaVision and Spider-Man: Far From Home respectively – there seems to be an ongoing tension between these heroes and Carol Danvers.

An idol for the teenage Ms. Marvel, Captain Marvel soon becomes an inspiration behind Kamala Khan taking up the name as her superhero alias. The upcoming Captain Marvel 2 might just explore that.

According to Deadline, Zawe Ashton has been cast to play the antagonist. Not much has been revealed about her character yet. However similar to the plotlines MCU has followed for Iron Man 1, Captain Marvel 1, and Thor: Ragnarok, it would not be a surprise if the real villain reveals themselves later in Captain Marvel 2. Ashton was recently seen on the Broadway take of Harold Pinter’s Betrayal, starring opposite Tom Hiddleston. As far as her films go, she recently did Netflix’s Velvet Buzzsaw alongside Jake Gyllenhaal.

Captain Marvel 2 might possibly explore what went down with Rambeau and Fury as well as the superheroine’s perspective of a post blip world. However, we are most eagerly waiting for Goose the Flerken to make a comeback. As far as the comics go, Flerkens also have the ability to travel to pocket dimensions. MCU is yet to explore the ability Goose might be hiding in his back pocket.

Captain Marvel 2 has been planned to see its release on November 11, 2022.