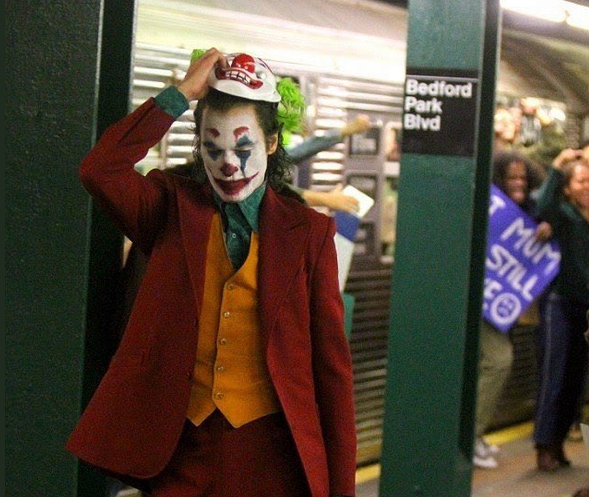 KARACHI: We all are pretty disillusioned with the DC universe at the moment and that’s understandable. The last couple of films haven’t done that well whereas Marvel has been hitting it out of the park with films like the latest Avengers series.

Read: How to get over THAT Avengers: Infinity War

However, Warner Bros have announced a standalone Joker origin film that will explore the villain’s backstory, something that hasn’t been touched upon in any of the Batman films before. Here’s everything we know about the film so far:

Joaquin Phoenix will be playing Joker

There is some debate over the fact that there are two different Jokers in the DCU right now: Jared Leto in Suicide Squad and now Joaquin Phoenix, but considering that the new one is a standalone film, it shouldn’t be too jarring to watch.

Also, the director of the film, Todd Phillips has just released Phoenix’s first look in a short screen test and the actor is looking pretty creepy in it, even without the makeup.

The film will be released in October 2019

The filming has begun and a video of Phoenix on the set of the film is doing rounds on the Internet.

Martin Scorsese and Robert DeNiro are part of the project

Since the film has more of an 80s crime feel as opposed to a fantastical superhero aura, who better than Martin Scorsese to produce the film? Also, it’s being reported by Variety that Robert De Niro is also in talks for a role alongside Phoenix.