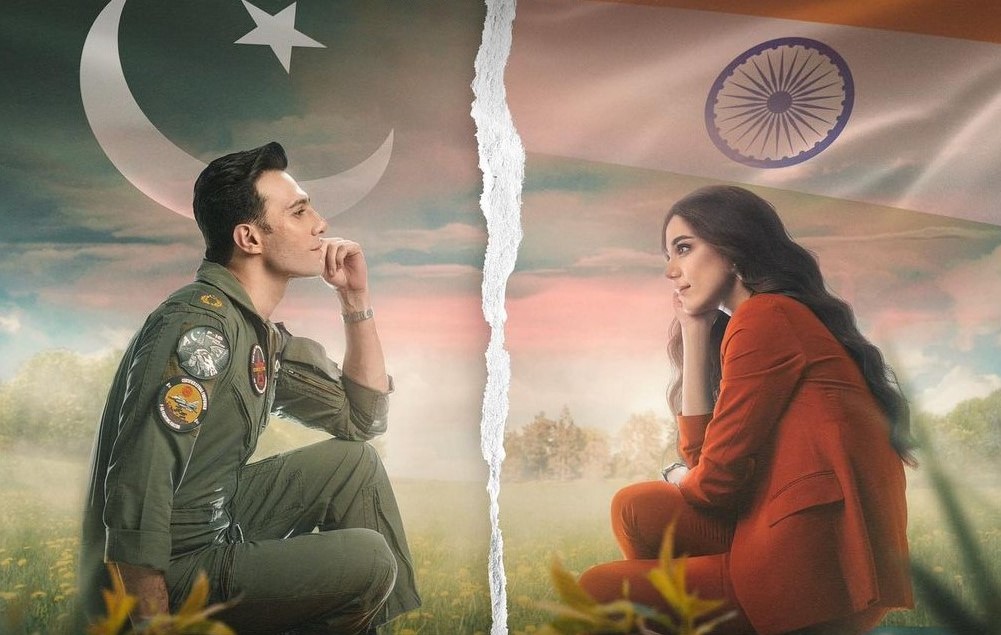 KARACHI: Pakistani filmmakers have had a quite a year in 2022. And so it only makes sense that the maestro who gave us masterpieces such as Khuda Kay Liye and Bol and Verna returns to the world of filmmaking in the coming year as well. While Shoaib Mansoor’s film Aasmaan Bolay Ga has been in the works for a while now, 2023 is finally going to be the year that the project makes its way to the big screen. And to get fans pumped up, the team has just dropped the official poster.

Featuring Emmad Irfani and Maya Ali, Aasmaan Bolay Ga promises to be a film about an F-16 pilot. The poster features the two lead actors posing while they face each other. However, a divide exists between them as Irfani belongs to Pakistani and Ali has the Indian flag in her background. “I am honestly thrilled and excited to share this one. It’s just not a poster to me, it’s love, working day and night. It was an absolute pleasure to work with the great institute himself Sir Shoaib Mansoor,” Maya Ali wrote while sharing the poster for her new film. “I wish I could write more about it but I believe there is a lot to come. So stay tuned and fasten your seat belts for an unforgettable Love affair and reckless warfare. Here’s to the thrills of the Airforce life.”

Emmad Irfani, too, shared the poster and called the film “a journey so far with some coincidences of epic proportions. A labour of love, blood, sweat and tears.”

Faisal Kapadia will be heard on the soundtrack of the new movie. Aasmaan Bolay Ga is also meant to be a tribute to Junaid Jamshed and so it will revisit the Vital Signs era as well! Safe to say, there is quite a lot to look forward to with this one!