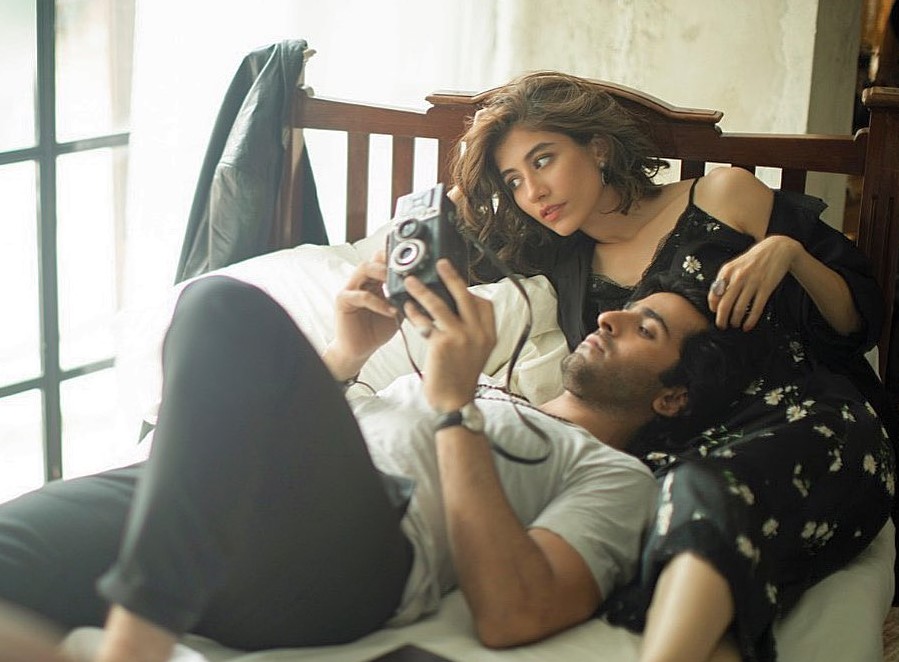 KARACHI: Syra Yousuf and Sheheryar Munawar had both been missing in action for a while. While Syra returned to the small screen through advertisements and photoshoots, Sheheryar Munawar recently recovered from his accident. He soon returned on set to finish shooting for his upcoming drama Pehli Si Muhabbat. The two actors, however, caught the public’s attention after pictures from their latest photoshoot for OK! Pakistan released over the weekend. Titled ‘Fall Romance’ and shot by Rizwan Haq, the series of pictures capture Syra and Sheheryar in intimate and romantic moments.

Pakistani audiences drooled over the photoshoot as Sheheryar uploaded one post after another on his social media.

As fans gushed over the pictures and the chemistry between the two actors, some of them also began to ship the on screen couple, while a few others thought that no man is good enough for Syra Yousuf.

Shehryar and Syra look so good together. I am shipping this sorry. pic.twitter.com/r90C1oPFK3

The syra Yusuf and shehryar munawar photoshoot is hot af but I still wouldn't ship them because I dont think ANY man in pakistan is worth syra Yusuf I mean cmon have u seen her??

The photoshoot also left some single people feeling lonely and wishing for partners of their own.

need someone to look at me the way shehryar is looking at syra https://t.co/wMvcLI2T1h

The internet, of course, also did not miss the opportunity to create memes based on the photoshoot. While some joked about Maya Ali and Shahroz Subzwari reacting to the photoshoot, other users came up with their own versions of it. 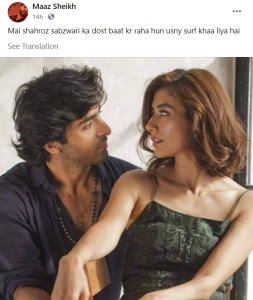 Syra and Shehryar on my timeline whole day: pic.twitter.com/6nYVnKHiCg