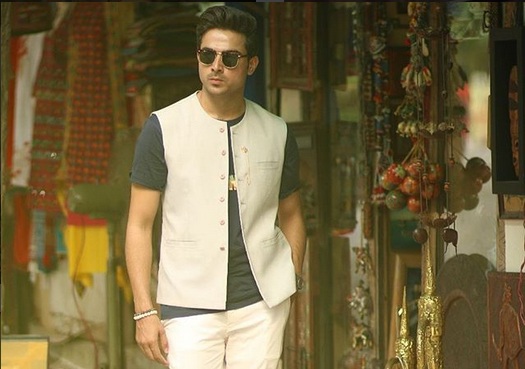 KARACHI: As women rage against sexual harassment in the workplace, it seems as though men are joining the #MeToo movement too. It’s a long assumed fact that models and actors are exploited by industry giants at the beginning of their careers but nobody has ever publicly spoken about the casting couch before. Mujahid Rasool, a model and an actor, has been struggling to make it big in the industry but reveals that he has refused the advances of sexual predators who would only give him work if he agreed to perform sexual favours in return.

The model took to Facebook to share screenshots of the predator but chose to censor the name of the designer who did this to him. “I have my own conditions! Can we meet alone? Show me your n*** pictures! And so on. These type of statements have to be faced by me since the day I am struggling in this media industry and I am more than 100% sure that I am not alone in this case,” he wrote.  “I have been waiting all these years if someone speaks up about these black sheeps openly but no one did. But yesterday, after 3-4 years, the same designer started to ask me if I will fulfill his conditions now?”

Rasool rightfully demands answers for questions we’re all wondering. Why are models/actors blacklisted when they refuse to comply with sexual predators?

The model has also named and shamed a photographer, Azeem Sani, an LSA nominated fashion photographer who has worked for several lawn brands. “…like very renowned photographer and promotor Azeem Sani. I contacted him through Facebook and went for a meeting a few years back. Then he wanted see my n**** for work and when I refused to oblige, I got no work!”