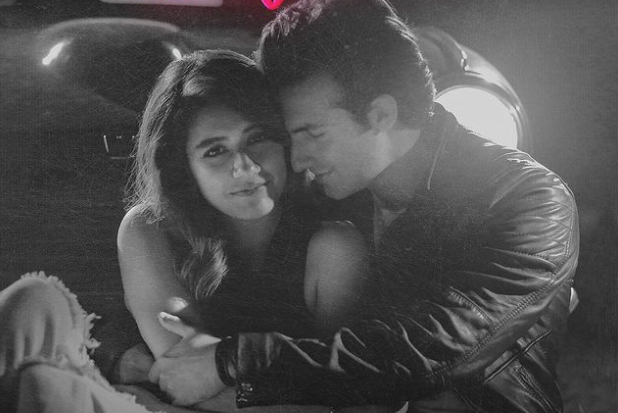 KARACHI: Amicable divorces are pretty unheard of in Pakistani society and so, the thought of two ex’s working together on a movie was hard to digest. However, Syra Yousuf and Shahroz Subzwari have proved anything is possible with their new movie. It has been well over a year since the news that the former couple were going to star in a movie was confirmed and we finally have a first look at its poster along with the title!

Director Omar Essa has been very tight lipped about the details of the project, but a few were eventually released. The movie had been set to release on Eid 2019 but had to be pushed back for some unspecified reasons. Now, it finally has a name, Babylicious, and a tentative release date for Valentines Day. Shahroz Sabzwari and Syra Yousuf both took to Instagram to announce the news by sharing a poster of the new movie. Sabzwari wrote, “Yes, guys. It’s releasing. We were just waiting for Valentine’s to come around. Presenting the first look of our new movie BABYLICIOUS.” Yousuf captioned her post, “This February 2023, it will be 12 years since we became attached to this film. So very excited for you all to see it!”

Sabzwari had previously claimed that the story was very similar to his and Syra’s, which is why the script spoke to him. Despite the fact the couple split back in 2020, Omar Essa acknowledged that the actors had a professional relationship and that they “believe in the project.” Omar Essa also went on to say that Syra had worked especially hard on this project and that her role in the movie “required a lot from her physically and emotionally.”

Now that we have gotten a glimpse of the poster, we can only wait patiently for the trailer!