Syra Yousuf, Shahroz Sabzwari are shooting for a film 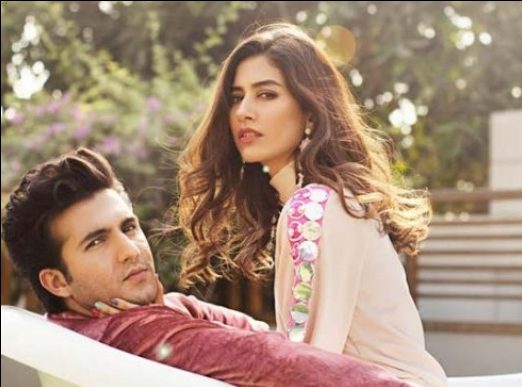 KARACHI: Rumors doing rounds on social media lately suggested that former couple Syra Yousuf and Shahroz Sabzwari are set to star opposite each other in an upcoming movie. Shahroze Sabzwari confirmed to Dawn Images that the rumours were, in fact true. The two actors even shared what seemed to be behind the scenes pictures from the set on their respective Instagram profiles.

Although director Omar Essa has been very tight lipped about the details of the project, a few details have emerged. The movie had been set to release on Eid 2019, much before the couple’s split. However, the release of the movie had to be pushed back for some unspecified reasons.

In an interview with Something Haute, Sabzwari had claimed that the story was very similar to his and Syra’s, which is why the script spoke to him. The former couple had often been hailed as the “golden couple” of the industry but they eventually split in 2020 citing “irreconcilable differences” as the reason behind it. This is the first time the two actors will share the screen together.

Despite their changing relationship status, Omar Essa acknowledged that the actors had a professional relationship and that they “believe in the project.” Omar Essa also went on to say that Syra had worked especially hard on this project and that her role in the movie “required a lot from her physically and emotionally.” The movie is currently in it’s final stages of production, however, Omar Essa, already plagued with so many setbacks related to this movie, is still very apprehensive sharing details. He stated, “things can still go wrong in post production.” If all goes to plan, it seems as though the movie’s release is being aligned with the re-opening of cinemas.