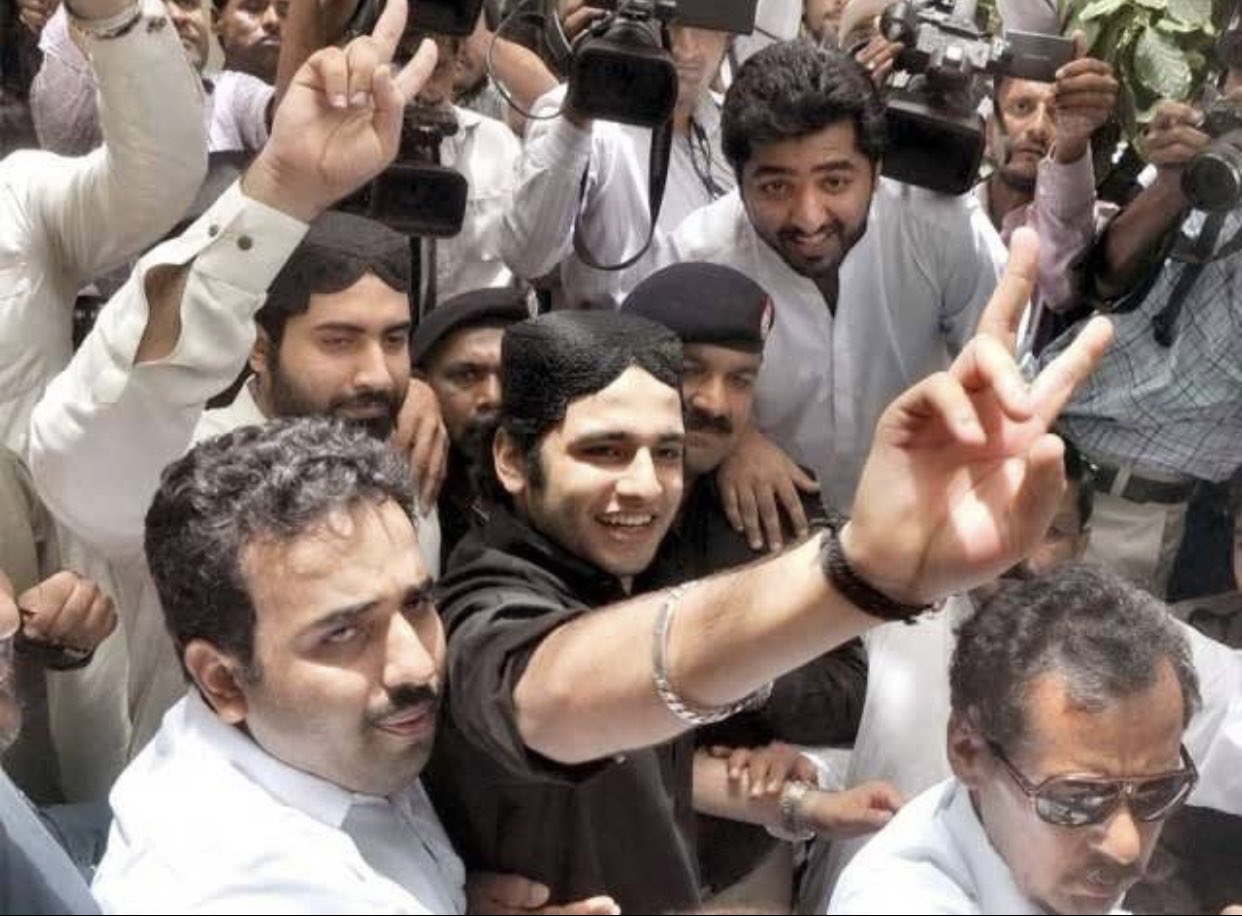 KARACHI: Pakistanis were left in a state of shock when towards the end of 2012, news began to circulate of the murder of Shahzeb Khan. What began in an altercation with his neighbor’s house help, who had been harassing his sister, ended in cold blooded murder. But the case did not end there, it became a long drawn debacle of the gross use of feudal influence and ended up in a shocking acquittal despite the Anti Terrorism Court awarding a death penalty to those involved.

Till our laws won’t change we can only do so much as a society and concerned citizens. From #ShahrukhJatoi to #JamKarim, the rich and powerful exploit provision of compromise in our legal system to get away with murder of the weak & poor. #JusticeForShahzeb #JusticeForNazimJokhio

It was the night of the 24th of December when Shahzeb Khan, the son of a police officer, had dropped his sister off after their sister’s wedding events. As she was entering her house, the neighbor’s house help began to harass her. When Khan intervened, things got messy and Siraj Talpur and Shahrukh Jatoi intervened and fired shots into the air as a threat to the family. Things eventually cleared up, at least that’s what the victim’s family believed. Unfortunately, Shahrukh Jatoi wasn’t done and he ended up following Shahzeb Khan’s car, shooting him and killing him.

The police investigation and court case that followed was equally messy. From altered FIRs to lackluster police investigation to Shahrukh Jatoi fleeing the country, citizens could not help but wonder if the accused were going to get away with their crime because of their feudal backgrounds.

Shahrukh Jatoi’ acquittal proves that it is almost impossible to convict the elite in Pakistan. Who’s next now? Zahir Jaffar? Shahnawaz Amir?

However, faith in the system was restored when the Anti-Terrorism Court (ATC) had awarded the death penalty to Jatoi and his accomplice Siraj Ali Talpur while Talpur’s younger brother, Sajjad Ali Talpur, and domestic helper Ghulam Murtaza Lashari had been handed life sentences. The sentence was upheld despite a formal pardon by Shahzeb Khan’s parents. The death penalty had been upheld because of the terrorism charges. However, it all changed when the Sindh High Court dropped the charged and ordered a retrial.

A shame for justice, disgrace to the ideology of Justice, as Supreme Court acquits Shahrukh Jatoi in Shahzaib Murder case. 😔

During the hearing on October 18, 2022, the accused’s lawyer, Latif Khosa, stressed on the formal pardon and claimed that his clients had no intention to spread terror. A three-judge bench, headed by Justice Ijazul Ahsan, and comprising Justice Munib Akhtar and Justice Sayyed Mazahar Ali Akbar Naqvi ended up acquitting the accused.

Middle class youth need to get their visas as soon as possible before some elitya murders you in the streets and then walks free with garlands around his neck, smile upon his face & victory sign. There is nothing for us here but eternal servitude.#ShahRukhJatoi https://t.co/gcac340mb5

Needless to say, the acquittal caused wide spread shock and overall loss in belief in the institutions that are meant to uphold justice.

Tension na lein. InshaAllah Shahrukh Jatoi will be your next MPA or MNA on PPPs ticket. He will show the same victory sign he showed after getting convicted for an innocents murder. pic.twitter.com/uFTvuJDiVj

The court is yet to release a detailed version of their judgement.