Selective ageism in the drama industry 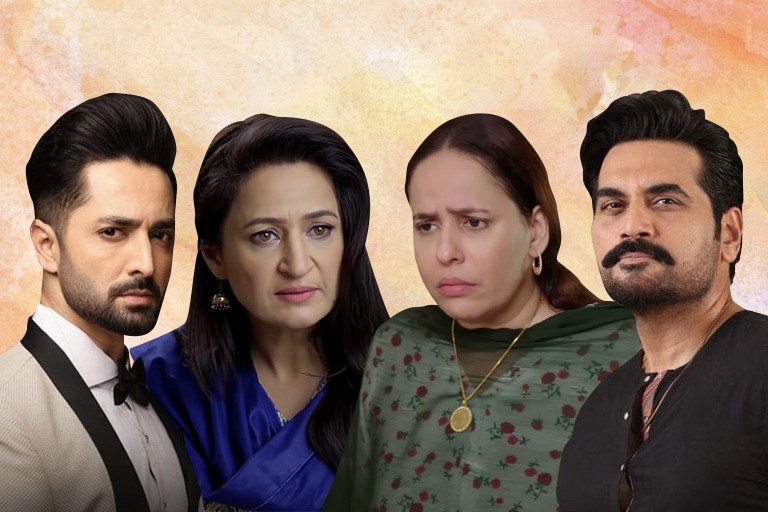 KARACHI: Time and again, we have pondered over the state of Pakistan’s drama industry. While dramas and television in general continue to be a popular choices amongst the masses, there is still so much that can be improved upon. One thing in particular that many people do not talk about is the casting of older non-lead female characters into mummy and phuppo roles. After all, why are our dramas set on retiring perfectly good female actors to ammis? The likes of Danish Taimoor and Osman Khalid Butt continue to play young university boys in one drama after another, so then why are their female costars type casted in much older roles?

Have you ever watched Tara Mehmood, Salma Hassan, Zainab Qayyum and other female actors who often play mummy roles on TV and wondered why they are the resident ‘young ammis’ in Pakistani dramas? Also why are their roles so cookie cutter that it is difficult to tell one role apart from the other? Have you also wondered how old they are to be cast as mummies of fully grown adults?

Without throwing numbers around, let’s give you a shocking comparison. Tara Mehmood and Danish Taimoor are the exact same age. ZQ and Salma Hassan are much younger than Humayun Saeed and Adnan Siddiqui and the same age as Faisal Qureshi and yet, we don’t see any of these men ever being typecast in abbu roles.

But what about the ‘boys’?

Danish Taimoor is still doing college boy roles (and toxic ones at that). Humayun Saeed and Adnan Siddiqui may have begrudgingly taken on dad roles but would not be caught dead playing the father of a kid older than 8 years of age. Salma Hassan and ZQ on the other hand, have been cast as the mother of actors who are well in their late 20s and early 30s.

Has it got to do with acting skills?

So now the question arises, how much of a relationship does typecasting have with acting skills? In our opinion, not much. Let’s dig deeper into this. We understand that not every actor is ‘hero’ or ‘heroine’ material and we are glad that slowly but gradually, the industry is also moving away from the concept and more and more actors are seen in lead roles that are not traditional ‘hero’ roles. But largely, lead roles are given to a different set of actors.

Surely, this bunch has the potential to act well, they have range and are more than happy to showcase their skills for TV whenever they are allowed. And yet, often, in interviews we see second-tier actors complain about the fact that the pool of roles they have to choose from is not diverse and they do their best to choose wisely from the thin pickings they have.

Also if you look at it, the problem is not really with the character for somebody has to play the role. But it lies with the fact that these roles have no real depth. You cannot really tell one role Tara has done apart from the other. Her styling may be different, her character’s social standing may be a little different but she would always be complaining, either about her kids not getting married, or not studying, or her husband having a wandering eye or being poor.

Like in every other case, the rule about male actors playing excessively young roles also has exceptions to it. For example, we have seen Nouman Ijaz doing age appropriate roles for years now. Only recently, we witnessed him in Sang-e-Mah and Raqeeb Se. He has proven, time and again, that he would slip into any role like a chameleon and do it complete justice.

But while giving him due credit for his prowess as an actor, we need to point out that Ijaz has also had deeper, more meaningful characters written for him. While we know that his efforts to not be cast in young boy roles are intentional, we see that he would not have been able to do much, had he been offered shallower side roles over and over again.

On the female side, we see Sania Saeed doing much of the same. She only does one or two dramas a year but she picks roles that are age appropriate and written with depth and finesse.

We understand the need of aforementioned roles in storytelling. What we don’t understand is why these characters could not be any less superficial. It will really help to see a college student’s mom who isn’t always worried about marriage or grades, just like so many moms in society who aren’t. Depth in roles is the key here.

Also, there are other characters that are completely missing from our dramas, like single women over 30 who aren’t desperate to settle down, happily single working mothers, or the older sibling that lives abroad and is not an evil rebel. What we are trying to say is that a little more diversity in characters has never hurt anyone.

The bottom line, then, is simple. We need more non-lead roles written with stronger arcs and depth in character. Writers need to keep in mind that if characters have side stories they need to have more to do in the plot than cry or complain. They need to keep in mind that for actors to gracefully transition into roles that are true to their age, the roles have to be better than the two-bit pieces currently written for them. And for what it’s worth, actors also need to put their foot down and ask for their characters to have more meat in them and not settle for shallow easy castings.