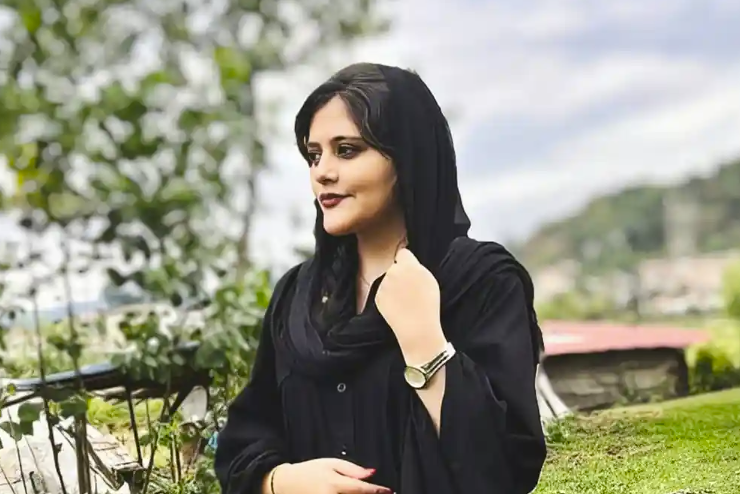 KARACHI: Since the 1979 Islamic Revolution, Iran has come to be known for some of its stringent religious practices. More particularly, there is a law that has made hijab mandatory on all women, regardless of nationality or religious belief. And to ensure the law is followed, there is a “morality police” that is incharge of reinforcing Iran’s strict dress code for women, and specifically wearing a headscarf in public. The morality police is known to be brutal, physically assaulting women whom they deem are not modestly dressed. As it turns out, the morality police took their job a bit too seriously which led to the death of 22-year-old Mahsa Amini, which in turn sparked violent protests in the country.

On 13th September, Mahsa, her brother and her relatives arrived in the capital city of Tehran to visit family. However, as soon as Mahsa arrived at the Haqqani Metro station, she was detained, beaten up, and taken to the notorious Vozara detention center for a one hour “re-education class.” However, not too long after she arrived at the center was she urgently shifted to a hospital where Mahsa was in coma and eventually died.

While the Iranian authorities claim that the cause of her death was a heart attack and even released a video of Mahsa suddenly collapsing, her family reject the claims, “Authorities have said my daughter suffered from chronic medical conditions. I personally deny such claims as my daughter was fit and had no health problems.”

Following the death of Mahsa Amini, there have been violent protests in Iran. University students  gathered in protest on Monday, demanding an investigation into the death and the dismantling of the morality police, chanting “Death to the Dictator”.  While chants against the police could also be heard, the protestors also damaged a police vehicle. Many women have began protesting by taking off their hijabs in public as well as chopping their hair off in TikTok videos.

This is Iran today. A woman proudly burning the most visible symbol of religious dictatorship; compulsory hijab.
Hijab police killed #MahsaAmini but now there are millions of Mahsa in Iran who are shouting NO to Forced hijab NO to gender apartheid regime.#مهسا_امینی pic.twitter.com/9tzd9IRwgB

Iran’s President Ebrahim Raisi, has ordered an investigation and pledged to pursue the case in a phone call with Amini’s family.