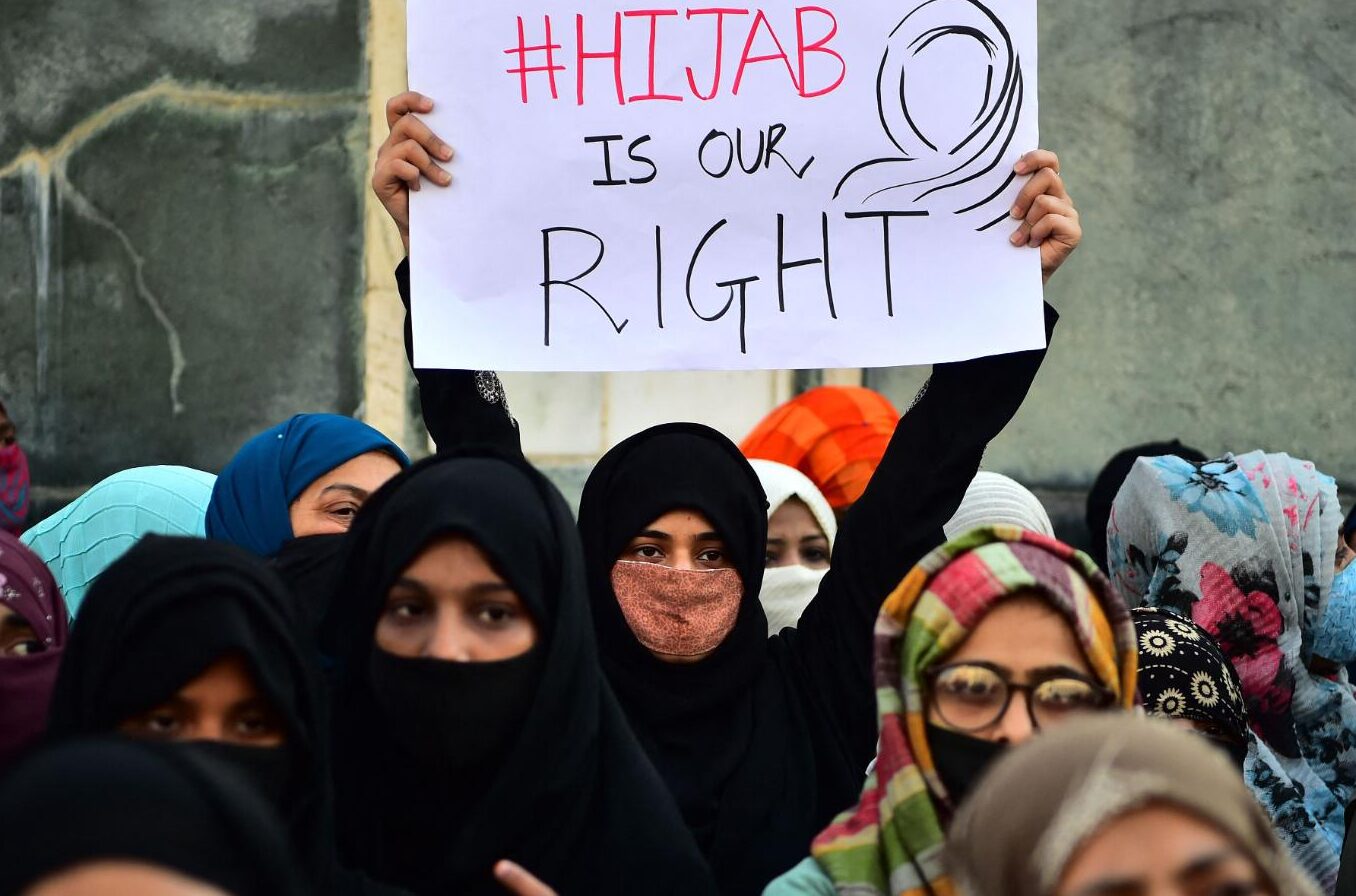 KARACHI: Debates and protests against the hijab ban in India have been going on for weeks now. In February, specially, quite a stir was created on social media after videos of Muskan aka Sherni, a Muslim student in India, was harassed by a mob of men for showing up to college wearing the hijab. Following the violence in schools against hijabs, Chief Minister of Karnataka, Basavaraj Bommai, ordered that schools and colleges remain closed while authorities waited to hear from the Karnataka High Court.

Now, the Indian court has upheld the hijab ban stating that “wearing of hijab by Muslim women does not form a part of essential religious practice.”

As reported by Al Jazeera, Chief Justice Ritu Raj Awasthi of the Karnataka High Court in a verdict on Tuesday said that the government has the power to prescribe uniform guidelines, dismissing various petitions challenging the hijab ban in India.

Muslim students in India now plan on taking up the matter with the Supreme Court. Speaking to Al Jazeera, Lawyer Anas Tanwir, representing the students, called the court’s ruling ‘disappointing’ and ‘erroneous’. “As far as essential religious practice is concerned, [that] should not have been the question. The question should have been whether the [authorities] had the power to pass such orders,” he stated.

Once again, Twitter is in fury over the increasing Islamophobia and lack of religious freedom in India.