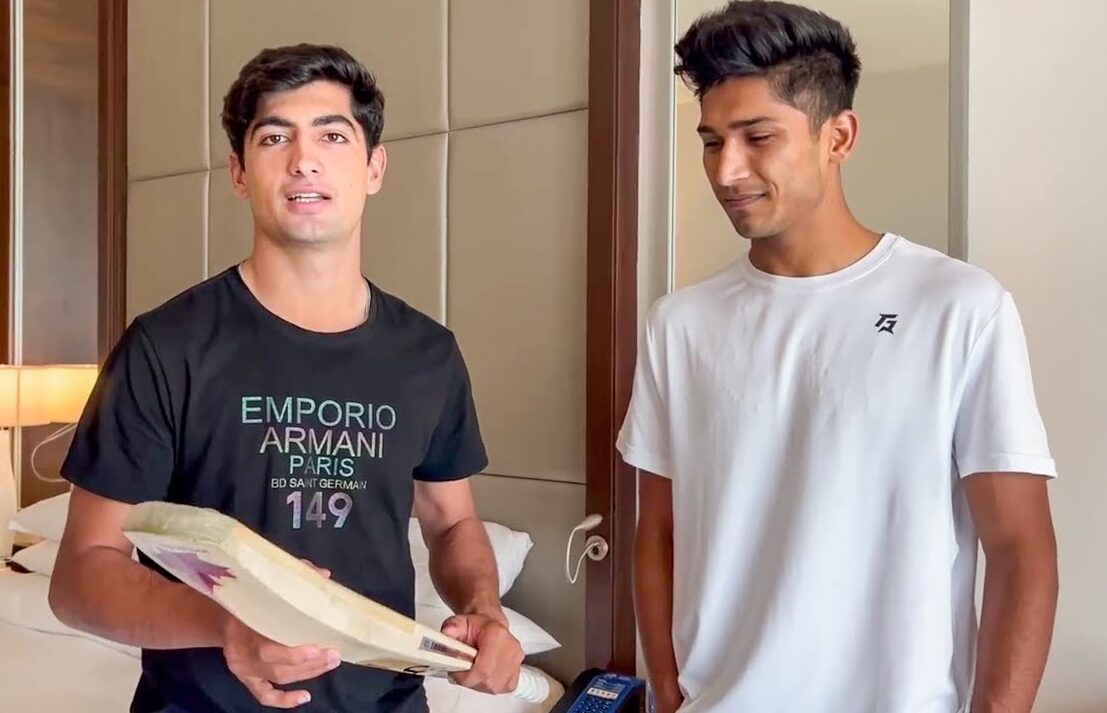 KARACHI: Over the past few weeks, time after time, the Pakistan Cricket Team keeps winning over our hearts. Whether it’s their performance on the field or their wholesome selves off the field, they are a breath of fresh air. Naseem Shah has especially been making rounds on social media for winning the match against Afghanistan with two brilliant sixes. And he is using that very match-winning bat to help raise funds for the flood relief victims in collaboration with the Shahid Afridi Foundation.

Naseem Shah had initially announced his plans to auction off the bat in a video with Mohammad Hasnain. Shah had exchanged bats with Hasnain who was on the other end to face the last few balls of the match. Hasnain had planned to switch the bats once again when it was his turn to strike but Shah finished the match before that. Hasnain gifted the match-winning bat to Naseem Shah who put it up for auction. In a video shared by Pakistan Cricket Board, Shah revealed that half of the money generated from the auction will be donated towards flood affectees in Pakistan.

In a recent video uploaded by the young cricketer, Naseem Shah explained that while the bat is very precious to him, he plans on putting it up for auction for a good cause. The bat is going to be put up for auction in collaboration with The Shahid Afridi Foundation who have been doing their part in flood relief.

Humbled to auction off my sixer bat from the Pak Vs. Afghan Asia Cup match for @SAFoundationN Flood Relief Campaign across Pakistan. Grateful to @SAfridiOfficial for taking such a noble initiative! Support them in ensuring #HopeNotOut.https://t.co/zsMHUIrkof pic.twitter.com/VLoBC5nl8k

Shahid Afridi also showed his appreciation for Shah and wrote, “Kudos to you, the calamity requires us all to step up like this for building back & rehabilitating the flood affectees. This gesture will help @SAFoundationN to facilitate affectees of #FloodsInPakistan & will ensure #HopeNotOut for all.”

Kudos to you @iNaseemShah, the calamity requires us all to step up like this for building back & rehabilitating the flood affectees. This gesture will help @SAFoundationN to facilitate affectees of #FloodsInPakistan & will ensure #HopeNotOut for all. https://t.co/Z0JaUIGcxz https://t.co/Shv2gbmoxJ

Pakistan floods: What can we do?