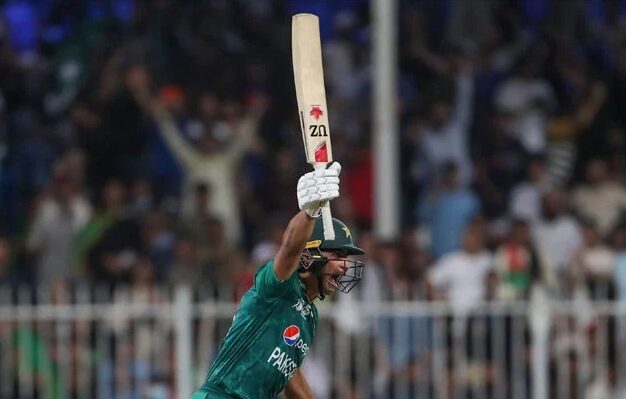 KARACHI: Naseem Shah turned out to be quite the star on Wednesday evening as he hit two match winning sixes against Afghanistan when everyone had thought that Pakistan had pretty much lost the match. Batting for the first time and at a crucial point in the match, Naseem Shah scored 14 runs off 4 balls and maintained a strike rate of 350.

After Naseem Shah impressed us with his batting, many joked that people would forget that he is actually a bowler. However, one thing that the 19-year-old surely does not want us to forget is the empathy that our current men cricket team has be it for their opponents or their own people. Also on the forefront is the immense unity and sportsmanship that exists amongst them. The spirit of the game was proven when Naseem Shah exchanged bats with Muhammad Hasnain who was on the other end to face the last few balls. Hasnain had planned to switch the bats once again when it was his turn to strike but Shah finished the match before that.

Keeping the spirit of sportsmanship and unity alive, Hasnain gifted the match-winning bat to Naseem Shah who has now put it up for auction. In a video shared by Pakistan Cricket Board, Shah revealed that half of the money generated from the auction will be donated towards flood affectees in Pakistan.

Pakistan floods: What can we do?