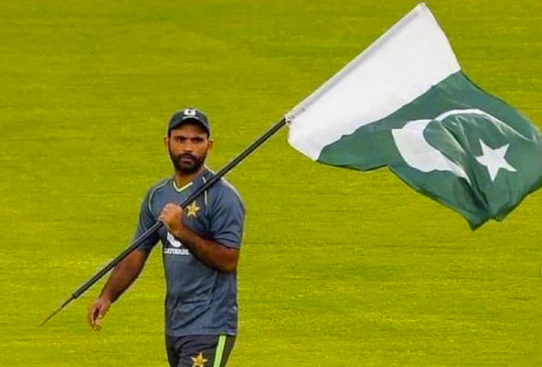 KARACHI: Sunday evening, people from both sides of the border sat glued to their television screens as arch rivals Pakistan and India battled it out in the second match of The Asia Cup 2022. The game was intense, to say the least. Between Shahnawaz Dahani being our saving grace in the last over to Naseem Shah braving through leg cramps to finish his over, we could not be mad at our team despite the loss. But that was not the only praiseworthy show of sportsmanship. Fakhar Zaman and his honesty became the talk of the much awaited Asia Cup match.

Pakistan was already struggling on the field, especially when opener and captain Babar Azam got out early on in the match. All eyes were on Fakhar Zaman to pick up the pace and for a while, he did, making us believe that just maybe, Pakistan had a chance at salvation. But then, after hitting a short ball by Avesh Khan which was caught by the wicketkeeper, Zaman began to walk off the field. Many were confused because neither the bowler nor the wicketkeeper had made an appeal. It was only after Zaman walked off did the umpire declare him out.

The loss of Zaman on the field was a huge blow for the team but many found it difficult to be upset. Instead, Fakhar Zaman was praised by both sides for his sportsmanship which will undoubtedly be a moment to remember during the Asia Cup. Many applauded his honesty:

My Pakistanis, the real Sadiq and Amin is this person, congratulations Fakhar Zaman, you have won our hearts.❤🇵🇰@FakharZamanLive #FakharZaman pic.twitter.com/NarlXygsiP

Fans also took the opportunity to highlight that we need people like Zaman and his honesty because that is otherwise missing in our leaders:

We as a nation deeply drenched into dishonesty,frauds,lies,corruption that if someone acts the way he should we start praising and yet some people start mock him like he did something wrong and unsual. Pressuring that was not much needed. #INDvsPAK #IndiaVsPakistan #FakharZaman

Fakhar Zaman was also praised for ensuring that above rivalry was the spirit of the game:

Hats off to @FakharZamanLive for waking off after a nick in a loud stadium when no one heard it. How many would do that specially in such a high profile game? #PakVsInd #AsiaCup2022

Even Indians could not hold back their appreciation for the batsman:

It seems as though no matter what the outcome of the Asia Cup may be, Fakhar Zaman has already won a place in all our hearts!

The funniest memes from Pakistan vs India at the World Cup

#AusvsPak: Here are some of the funniest tweets about Babar Azam