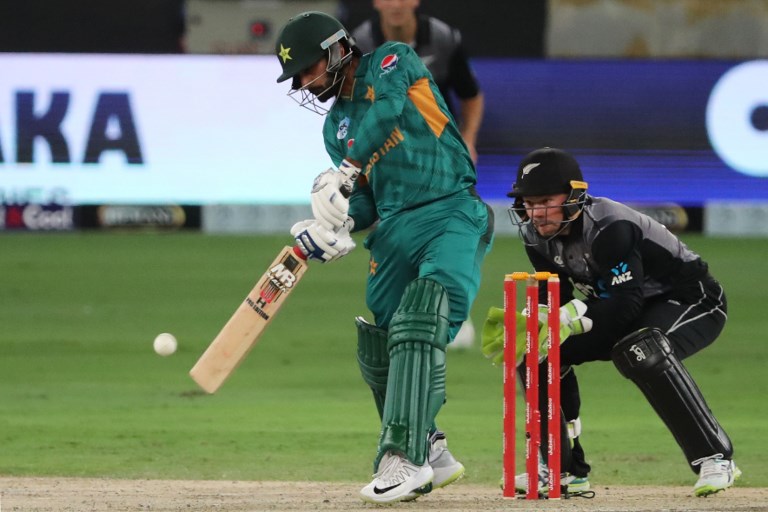 KARACHI: Pakistani batsman Babar Azam has broken record made previously by Virat Kohli by reaching 1,000 T20I runs in 26 innings. It took Kohli 27 innings to achieve this.

He achieved the record while playing the third and final match of the T20I series against New Zealand on Sunday.

Azam, 24, began with the innings for Pakistan against New Zealand and scored 79 runs against 58 deliveries.

The right-hand batsman is known for his discipline and level-headed attitude. According to Espncricinfo, he laid claim to a long-term spot in Pakistan’s batting line-up with a strong performance in 2016. Has Babar Azam given a challenge to every other Indian cricketer, including Virat Kohli?

Babar Azam says "his role model is Virat Kohli and he tries to follow his style of batting. The best thing about Kohli is the confidence with which he comes on crease. He has hunger [for runs] and starts his every innings as if he achieved nothing in the inns before." #PakvNZ

Pakistan got a 2-0 lead in the three-match series while whitewashing New Zealand.

“Another brilliant team effort from us. We needed 160-plus, and our batsmen did it,” Pakistan skipper Sarfraz Ahmed was quoted as saying by Espn. “Throughout the series we’ve taken wickets with the new ball, and we’ve done well with the bat too and created so many records,” he added.