Consistent performances are required from Pakistan’s opening batsman. Is Hafeez up to the task? 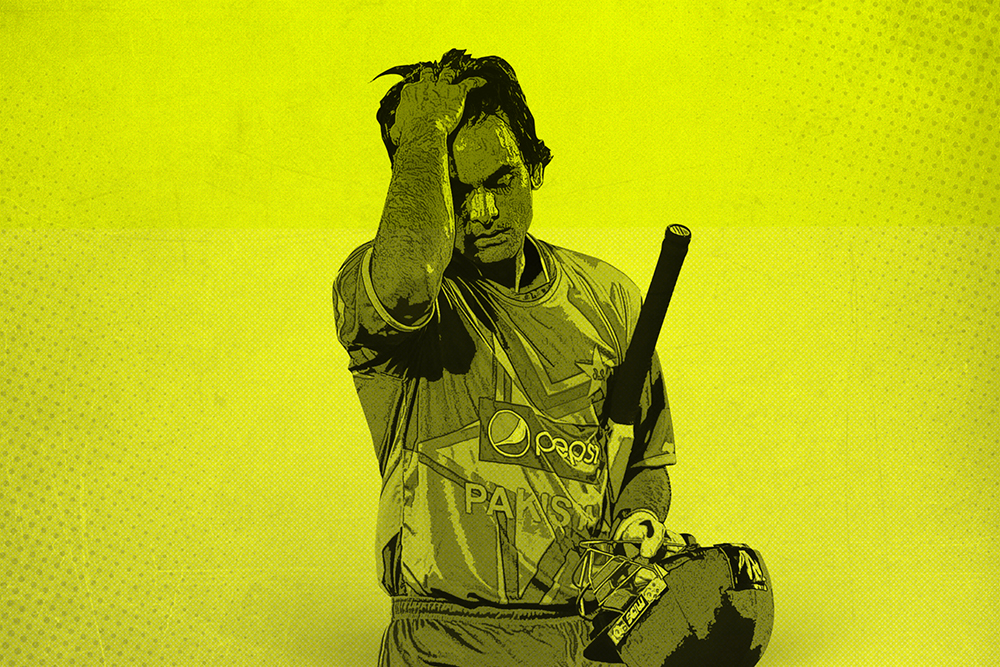 LONDON: Having seen Mohammad Hafeez’ entire career from those first few promising ODI’s against England to his magnificent efforts in test cricket in the UAE to his countless edges to slip in limited overs cricket, I have ridden the good times and the bad clutching onto the professor’s self-professed mantra from the 2000’s: “I am a utility player. I can contribute in all three disciplines”.

Mohammad Hafeez’ latest resurgence comes on the back of a recently cleared bowling test. Hafeez’ objection that the process ought to apply with equity to all players regardless of their nationality are justified. However, his patchy history of infractions has been frustrating for all involved, and accusations of ‘cheating’, though harsh, continue to surface amongst cricket fans at home and further afield.

However, these criticisms concern me less (since I do not think he is a ‘cheat’) than others. In fact, the major question everyone should be asking about Hafeez is twofold – To begin with, does he deserve to be in the team? The answer to this is still, marginally, ‘yes’. This is because, as we all saw, before his ban, Hafeez has proven to be a very handy operator with ball in hand in limited overs cricket, and with the emergence of a stronger lower middle order in Shadab, Faheem and Nawaz, Pakistan can afford to pick an a/r in the top 6.

The real question marks, however, are not on his bowling, but his batting. It appears the management, the captain, Hafeez himself, all see the professor as a top order batsman. I can understand the thinking – Ahmed Shehzad has still been unsuccessful in rotating strike. Mohammad Hafeez wants to open the batting. We want to play Hafeez. Let him open. However, this reasoning glosses over the undeniable fact that since 2014, in 19 innings against the major cricketing nations, Hafeez, batting in the top order, has averaged 15.42 at a s/r of 102.09. These stats make Hafeez the second worst top order player (in the last four years, playing at least ten games) from all major cricketing nations.

Granted Pakistan have found new depth in their line up, but batting remains our weaker suit by far. To sacrifice an opener’s slot so nonchalantly reminds us of the heady days of the late 90’s where Afridi, rather paradoxically and largely unsuccessfully, opened the batting for Pakistan in his youth. This leaves Pakistan in a problem. Hafeez deserves to play as an a/r, but, despite opportunities, has continued to fail against the major nations over the last 4 years. Regardless of what happens in this series, one good innings will not change these stats significantly. Consistent performances are required from Pakistan’s opening batsman. The question that PCB need to ask, ‘Is he up to the task?’

There is another solution. A solution so simple, it has cost me much hair masochistically uprooted from my own scalp. It is known that when Hafeez started playing cricket, probably with a taped ball on concrete streets, he was a powerful hitter. I would suggest he returns to his roots and starts refashioning himself as a finisher.

In T20 cricket, considering his stats, I am reluctant to open with him because of his weakness against swing, which could cost us further down the line. Perhaps when Babar Azam returns he can have a go opening for us in T20’s. More importantly, at no. 6 in the ODI team, Hafeez would be deadly. Swing movement long gone, swift blows needed, and Hafeez, as we all know, does have many explosive shots. From there, Hafeez can truly be the utility player he professed himself to be all those years ago.