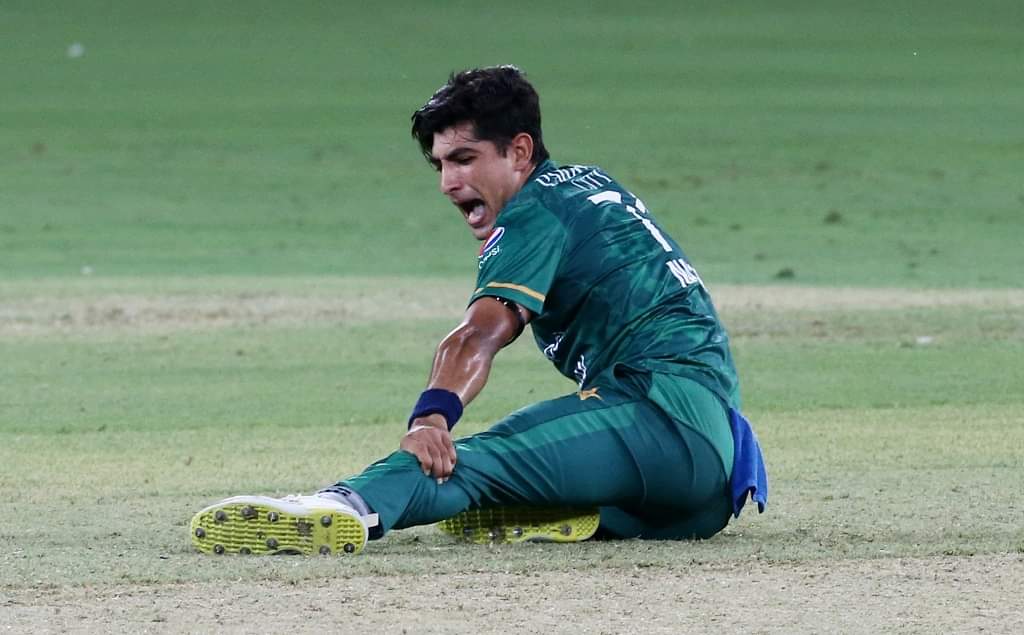 KARACHI: If there is one thing that brings Pakistan and India together like nothing else, it is cricket. The same thing also makes each nation want to tear the other one down. Regardless of the tournament or the scale of the match, Pakistan vs India is always a nail biter not just for the two nations but for cricket enthusiasts all around. Naturally, stakes were high as the two teams went head to head for their first match in Asia Cup 2022 on August 28. While Pakistan’s batsmen who went first did not score as high as one would have wanted, one particular bowler kept India on the edge of their seats as well. Naseem Shah, a 19-year-old who made his T20I debut at the match, knocked KL Rahul on the second ball of the innings powered through his spell like a champion until his injury.

When Pakistan’s bowling innings began, wicket keeper Muhammaz Rizwan had complained of cramps in his legs. While he was up and running soon enough, Naseem Shah seemed to face the same problem towards the end of the game. The debutant bowler who had been the star of the team for most of the match faced difficulty running in his last over. With every ball, the young cricketer limped worse than before, making it look impossible to bowl. However, he powered through his pain and completed his spell with utter dedication and skill.

One particular moment specially impressed the onlookers. This was when Shah could barely walk across the pitch yet delivered a ball that could potentially knock Ravindra Jadeja out. Appealing to the umpire, Shah fell to the ground till he could not walk anymore.

Pakistan may not have won the match against India but many are praising Shah for helping his team reach a point where the opponents were under severe pressure as well.

Other cricket lovers were simply in awe of the young man’s commitment to his game. Some even labeled his performance ‘heroic’.

To the relief of many, Naseem Shah has been declared fit to play for the rest of Asia Cup with his injury being not severe.