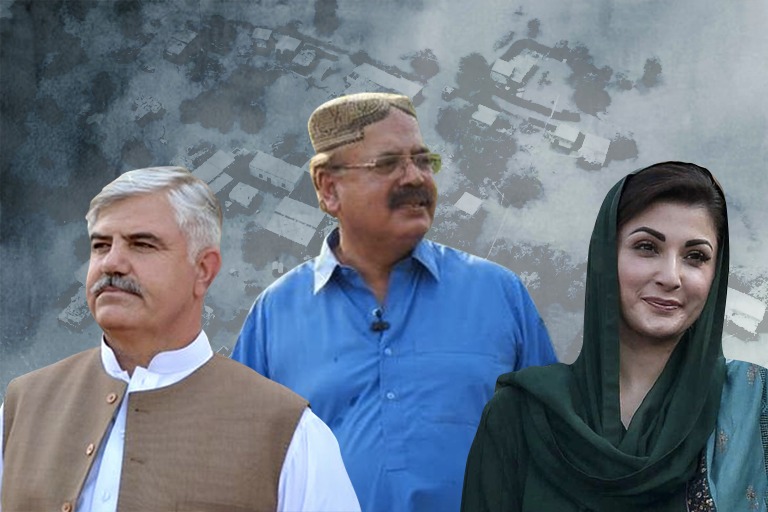 KARACHI: Pakistan is facing one of the worst natural disasters in 2022 with floods leaving over 33% of the country underwater. In this time of crisis, one would expect the government to take charge in flood relief efforts yet most of the efforts are either happening on individual levels or by NGOs. What the floods of 2022 have showcased is just how unreliable and unfeeling the politicians in Pakistan are. Here are some of the most crass statements and actions that our politicians have said and done that will make your blood boil.

While volunteers are risking their lives by doing all the groundwork in the most heavily affected areas, our politicians are making rounds sitting comfortably in their helicopters. But Mehmood Khan, the CM of KPK decided to take it one step further. While people are dying and the sound of a helicopter signals either help in the form of rescue or in the form of supplies, they rush to see what it has brought. But for Mehmood Khan, the sight of people lining up to catch a glimpse of his helicopter was more of an ego stroke. That is the only explanation we have as to why he thought it was appropriate to wave to the victims from up in the air as though it was a part of some parade!

Trust our politicians to find a silver lining in a terrible situation. That is exactly what Manzoor Hussain Wassan thought he was doing when he compared his flooded village to the likes of Venice! In the shocking video, the politician is in a boat in his village that the newsperson describes as being submerged in over ten feet of water and with all the farmland being destroyed. But Manzoor Hussain Wassan saw things differently. The minister compared his flooded village to the city of Venice. He explained how like in Venice, his village had houses surrounded by water, making it sound like it was no big deal and rather a site for sore eyes.

It may be 2022 but it is an off day when there isn’t a case of blatant victim shaming in Pakistan and that even extends to the flood affectees. Just as Agha Siraj Durrani who took it upon himself to explain the reason behind floods. He reasoned that the floods were a punishment from God. Quite naturally, God only punishes bad people so the people who lost just about everything should clean up their acts. No amount of efforts from the government could save the people who sinned!

Gov Agha Siraj Durrani rubs flood-led destructions across Sindh in the face of victims.
Reduces their miseries & traumas to “Allah ka azaab”, instead of admitting failures. Wonder why azaab only inflicts those with most little room, & high diminishing circumstances, for ‘sins’? pic.twitter.com/4megggcyHI

Maryam Nawaz poses for a photo-op

Politicians have left no stone unturned to toot their own horn and they did the same when it came trying to one up each other over who did more for the victims. Maryam Nawaz was seen visiting a village affected by the flood, hugging women and children and giving them hope of things getting better. Turns out, the whole thing was just a photo op and the people she posed with accused her of coming empty handed and offering no immediate relief during her visit!

While our politicians have let us down a great deal, we can do our part in helping the victims of the 2022 Pakistan floods. Please donate as much as you can!