If millennials get serious about voting, the era of idiocy may be over 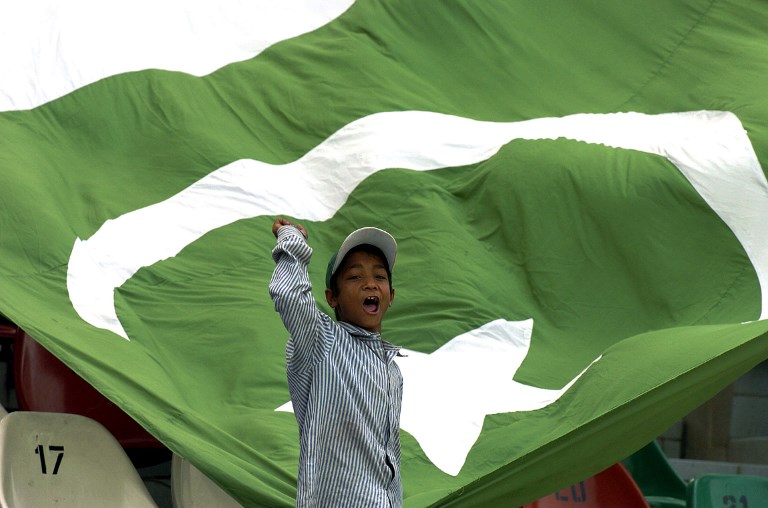 KARACHI: Nearly seven in 10 Pakistanis are under 30 years of age. Nearly 27 in 100 Pakistanis are between 18 and 34; the millennial band of people eligible to vote, most for the first time. That’s the demographic that mostly uses the Internet, clicks on headlines like the one I just came up with (and am quite proud of) and then usually doesn’t read beyond about this line because the article that follows doesn’t have cat GIFs or memes dotting it.

As we approach the general elections, the actual concern for young people shouldn’t be how much they like Imran khan but won’t get up to vote for him on polling day. It shouldn’t even be how they won’t be able to vote for him because they failed to check whether they were on the electoral register before the deadline to update expired.

Read: How to register for General Elections 2018

The actual concern should be how much your constituency’s candidate would have to do and how different they would need to be to win an election if all of us millennials were serious about voting.

And the reason why isn’t because ‘yes we can’ or ‘no we won’t’. It’s because there are more of us than there are of any other vote eligible demographic.

An estimate 24.97% of Pakistanis are older than 34 years of age. They are the boring uncle types who vote for Rana Sanaullah and make politics about baradri and inter-marriages; about India and nukes, wars and victimhood narratives; about sects and segregation, honour and misogyny.

About 41.61% are under 15. They are the kids waiting to be fooled by the uncle types into not caring about voting just like all of us already have been. Let’s come back for them later in another lifeboat.

THERE ARE MORE OF US THAN THERE ARE OF THEM. WHAT DOES THIS MEAN???

Basically, it means if all of us get serious, the era of idiocy is over.

Read: The power of social media in Pakistan

No more reliance upon parental funding for education. No need to live in extended family situations unless you want to. No more of anything we as a whole don’t really want. Because, like Nawaz Sharif likes telling everyone these days at the top of the voice he can manage, we are a democracy, where vote ko izzat do.

But that doesn’t just mean what he wants it to mean. It means what the majority wants will happen. And like I just explained, we are the majority. We just don’t know or appreciate it.

Politicians are not mandatorily old and greasy men. They are a representation of the popular and the possible. If a rural constituency has a lot of farmers in it, chances are their representative will be a farmer. If most of the farmers are small landowners in patriarchal structures, chances are the farmer will be a male. And because landowning generally passes down families only at the death of the patriarch, chances are the farmer will be old. And because the most important issues for rural farm constituencies will be things like water supply and government farming subsidies, that will be what gets the old male farmer elected.

We are the majority. We just don’t know or appreciate it.

In a country where the median age is 23 years, and urban population has grown seven-fold over the past six decades, this cannot be a continuous cycle. If you take the ignorance/apathy away, it has to change. It doesn’t mean you will suddenly have a 23-year-old tech graduate as an MPA from every rural area, but it does mean the candidate will need to be more aware of the issues being faced by the 23-year-old graduates in his or her rural area. In urban areas, the change would be even more prominent.

Firstly, your constituency’s candidate would have to think younger. Like I said in the first line, they would either have to be young and clear headed themselves, or open minded enough to be in tune with the issues of the majority of their electorate, who are young people.

Secondly, your candidate will have to cater to vote banks that decide who to vote for on the basis of the policies they would then have to champion in the assemblies. This can be across party lines. If all young people in all constituencies decide they want micro-financing for higher education to be available to them on subsidised rates, returnable after five years of joining the work force, and that they will not vote for a candidate that does not promise to work on such an initiative, promises will have to be made. Micro-financing institutions will have to be negotiated with the government, and favourable rates of interests will have to be tabled. It may not happen overnight, or at all, but a conversation will have to take place.

If all young people across all party lines realise they are being deprived from being possible home or business owners because vested interests are crowding out the property and money lending markets, candidates will have to take positions for change.

Firstly, your constituency’s candidate would have to think younger

The house listed for Rs2 million will no longer be bought by the shady uncle with the fancy car across the street to park Rs40 million of black money in. It will actually have to be listed at real value; leading to other houses being listed at real values themselves, making basic homes available to young families looking to buy at reasonable prices. The government would need to facilitate the guarantee of minimal interest rates, and would need to craft policies with the millennial majority in mind.

All around the world, the millennial answer to rigid working hours and tepid professions is the ‘Gig Economy’. Bits and pieces work across all kinds of vocations, earning per job and then moving on. Why is it then, that in a country where the largest voting block is millennials; where the bits and pieces economy is admittedly much larger than the formal and regulated sectors; most of us have little choice but to live in larger family units, work in conventional jobs, learn regular vocations.

Why is the system rigged for the older, the proper, the more orthodox? Because even though there are more of us than there are of the uncles and aunties, when they say leave the politics to us, we listen. That is why we have to leave the decision making to them too. That is why adulthood only really begins when your mom lets it and why independent decision-making is what you see on foreign television alone.

In Britain, an ignorant disdain for politics and world affairs by the youth led to a referendum and Brexit. This was a move led by half truths; told to the oldest demographic of voters, most of whom won’t be around for the repercussions of leaving Europe. Once this was clear, and the young people in England were explained the consequences of their neglect, they responded in the next general elections by voting for a liberal social minded labour leader that his own party had written off before the ballot.

Jeremy Corbyn became a real threat; a heavy weight contender. All because the young people realised the cost of their apathy and went out to vote.

Angela Merkel has, over 4 terms, changed her position on several major issues, including same sex marriage, simply because her electorate has recognised and demanded it.

It may be us dreaming to ask for our sidewalks to look like the flowered drip irrigated pavements of Dubai, for our cities to have subway networks like London. These are the result of good healthy tax collections and the natural wealth of nations. They are a long way off for impoverished overpopulated countries; and are not even the best decisions in the face of much more severe and serious health and education challenges.

But it is not a dream to ask for policy changes that do not cost astronomical sums of money yet provide solutions for problems that hurt more people than they help. These policy changes are also much more possible in a country where the largest demographic is also simply waiting to be triggered.