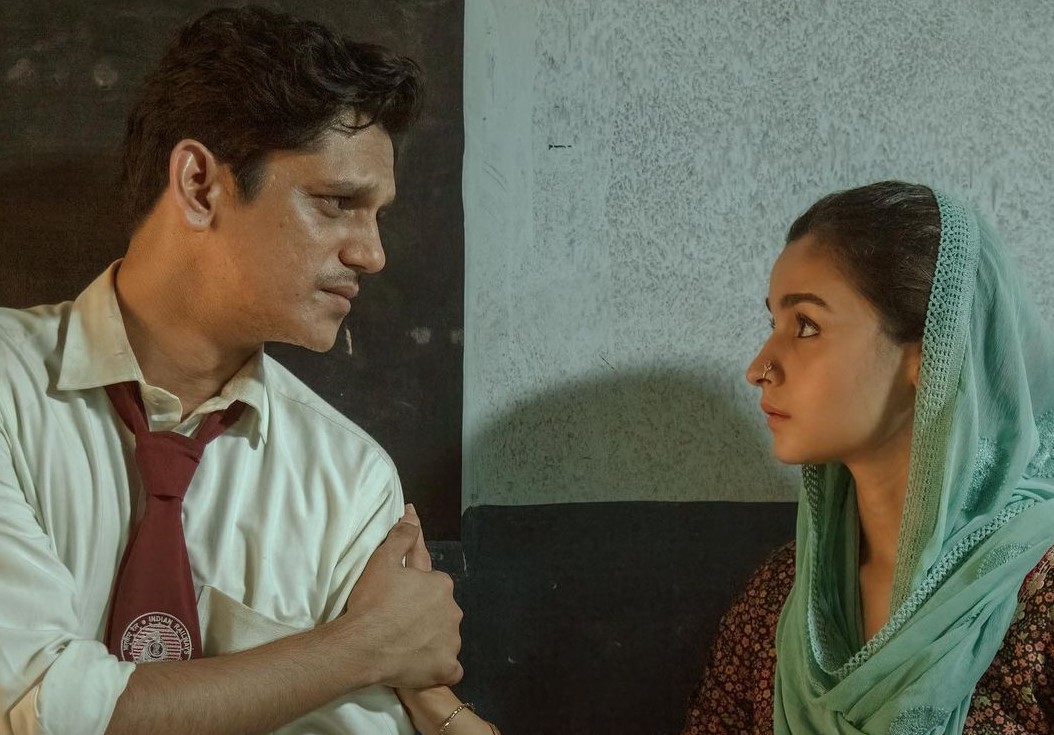 KARACHI: As South Asian audiences, domestic violence against women is second nature to us. With WHO reporting that nearly 30% of women are made subject to some sort of physical, sexual or non-sexual form of abuse by their partners, brutal murders of women like Sania Khan or Noor Mukaddam in recent times continue to remind us of the extent of violence women suffer, more of than not at the hands of someone they once loved. But as South Asian audiences, we have also mastered the craft of brushing these topics under the rug and teaching our women to stay quiet for the sake of honour and shame. Women have been gaslit to the extend that when the trailer for Alia Bhatt’s Darlings came out, many (read: men) accused the film of promoting domestic violence against men and for the film to be boycotted. Any sane viewer would know that the film does the quite opposite, and brilliantly so.

Darlings tells the story of a young couple in love, Hamza (Vijay Varma) and Badrunissa (Alia Bhatt) who get married after the latter’s mother finally approves. Badrunissa has a whole timeline that she wants to follow with the love of her life. She knows when she wants her first baby, her first car, and her second baby. Badru and Hamza may not have much in the beginning but together, they could have everything. Until it is revealed that Hamza is abusive.

From beating Badru up over a tiny stone in his rice to showering her with love and apologies the next morning, Hamza is a classic manipulator. Across the hallway in her own little apartment lives Badru’s mother, Shamshunissa (Shefali Shah). Shamshu is widowed and would not mind Badru becoming a widow as well. Well aware of Hamza’s abusive nature, Shamshu often tries to talk Badru out of her marriage but to no avail.

The movie comes with a massive trigger warning for survivors of domestic abuse. Even as a lay person, the film will have you holding your breath more than once. Director Jasmeet K Reen knows perfectly well how to play with light and sound to fit the mood of the scene. There are no glamorous sets, no extravagant choices of wardrobe, but not for one moment do your eyes want to leave the screen.

The choice of cast also leaves little room for the talent of the film to be questioned. Alia Bhatt proves yet again that she may have been born a star kid but now she is a star. Marking her debut as a producer alongside Shahrukh Khan for Darlings, Bhatt also ensures that she is here to stay in the field in more than one way. Shefali Shah has something in her eyes that will gravitate you towards her as soon as she enters the frame. The chemistry between Bhatt and Shah as mother-daughter is highly convincing.

As much as we hate Hamza, we cannot help but praise Vijay Varma for his performance. Varma is convincing to the extent that we do not know how to separate the actor from the character. Special credit also needs to be given to the way his character has been written. Every time Hamza emotionally manipulates Badru into not leaving him, we almost believe him. Even though his sugarcoated dialogues sound way too familiar to anyone who has known an abuser, we almost end up falling for him. Even though our gut tells us to listen to Shamshu and believe that Hamza will never change, a part of us holds on to Hamza the way Badru does.

People in abusive relationships are often criticized for not leaving. Either the first time or at all. That is exactly what Darlings so brilliantly portrays. In Badru, we see a woman who knows that she deserves better, who has family and friends that will support her decision to leave. Yet, Hamza’s manipulative nature makes her hold on. A particularly accurate depiction of the extent to which survivors often hold on to their abusers is in the scene where Badru, Shamshu and their friend agree to throw Hamza off the balcony and kill him. The three of them are supposed to push him off on the count of three. While the other two let go, Badru holds on to Hamza’s collar, unable to let go. And in the most horrifying manner, Hamza stays calm and talks her into giving him another chance. A man who is literally hanging off the edge of a balcony remains confident in the power of his words because that is the extent of his manipulation and the extent to which Badru has internalized it.

However, what is particularly admirable about Badru is that she is not dumb. She is kind and stays that way till the end. But she also has a plan. Not to kill her husband, but to get her respect back. The moment she tells her mother that all she wants is her respect back, the entire film is summed up. Consequently, Darlings stays true to its promise of being a dark comedy. It does not derail and turn into a murder mystery where Badru and her mother suddenly become evil masterminds capable of killing a human being and wiping off all trace.

Badru functions much like an average person and so her plan also incorporates regular items like cardboard, tape and scissors. She has a smartphone and knows how to use it smartly. She is not physically violent because she knows she is better than that. Badru refuses to turn into Hamza and realizes her own worth which is the beauty of the film.

Darlings is a wonderful watch not just for its cast and characters but the way that the team has managed to maintain a balance between the dark parts and the humorous bits. Sure, the movie that is more than two hours long could have been cut short by 15 minutes or so in the middle. And one isn’t necessarily sure of why the lead characters had to be Muslim for that seemed to add little value to the storyline. But Darlings is a hauntingly real depiction of the realities of numerous women across the world. And a reminder that we all know a Hamza who needs to be stopped.