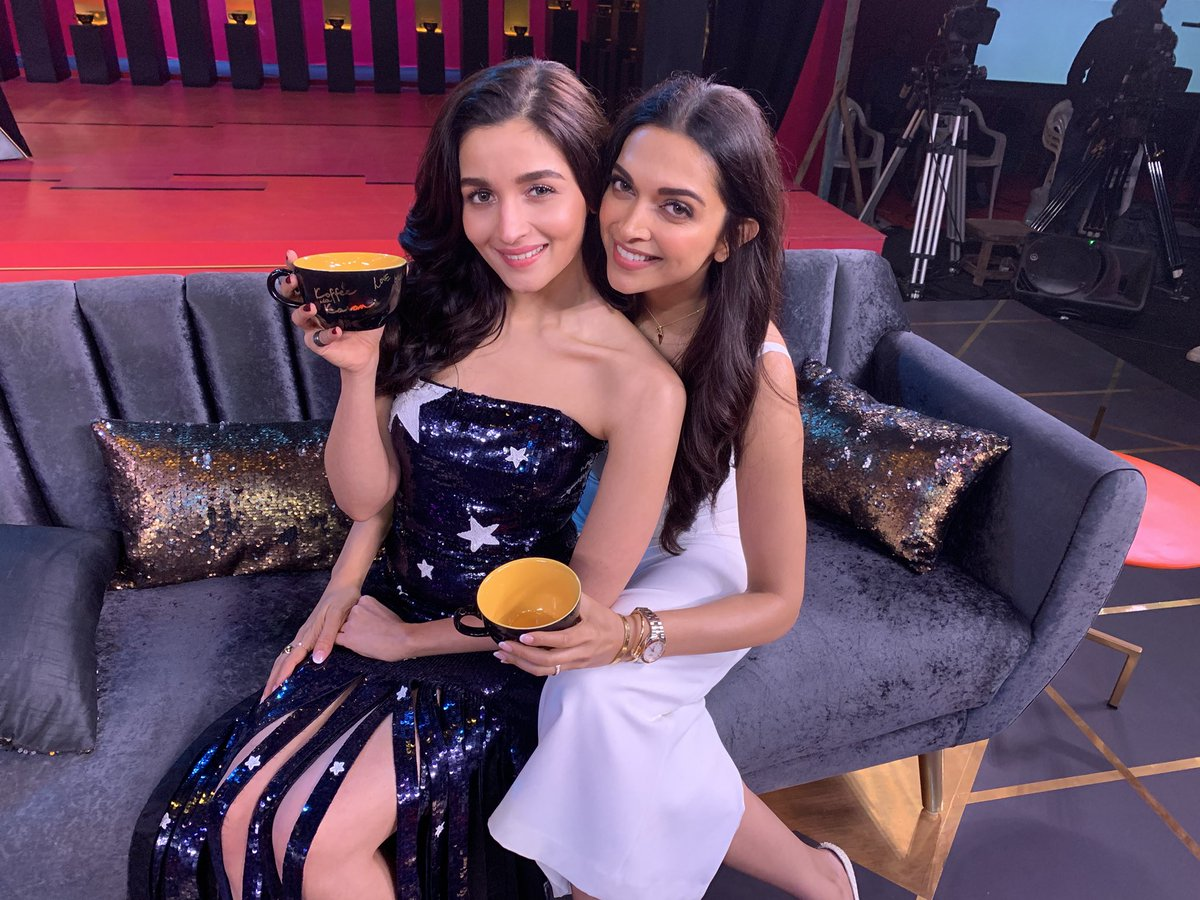 KARACHI: Bollywood fans, we have some good and bad news.

Good: Koffee with Karan (KWK) is returning for a sixth season and has already released a teaser for the first episode.

We’ve all found a certain guilty pleasure in watching runs and re-runs of the gossip show. I’m sure you’ve all laughed as celebrities took digs at each other, held your breaths during rapid fire rounds and fantasised about the koffee hamper in your free time.

But somewhere between seasons three and five of the talk show, we grew up. We realised it wasn’t cool to have two female actors pin each other down on national television (Yes, we’re talking about Kareena Kapoor and Priyanka Chopra) or talk solely about relationships and hookups. Surely, there’s more to Bollywood celebs. Isn’t there? Well, here’s hoping.

Moving on, the teaser for KWK’s first episode is out. And tbh, we’re less than impressed.

“I am proud to start my season with girl power,” says host Karan Johar, as he welcomes Alia Bhatt and Deepika Padukone on his show. He then proceeds to talk about Bhatt’s relationship with Padukone’s ex-boyfriend Ranbir Kapoor. It’s appalling, not to mention distasteful, that at a time when there has been an unprecedented movement regarding women’s rights, Johar decides to put out a teaser about two of arguably the biggest Bollywood actresses … and a shared love interest? They deserved more.

He doesn’t stop there though. Johar goes on to ask the two A-list stars about their – wait for it – marriage plans. This is when they both point at each other.

We’re talking about two leading ladies of Bollywood; their careers are at an all-time high and yet they’re being made to talk about boys?

There’s a range of topics they could’ve talked about: gender inequality in Hindi cinema; the #MeToo movement that has swept Bollywood; their views on feminism; discrepancies in the pay-grade of male actors and female actors; lack of substantial female characters in films other than the whole ‘heroin’ thing; anything other than boyfriends, surely.

Or maybe Karan is still reeling from Kangana’s epic take down of him.

The first episode of Koffee with Karan season six will go on air on October 21 and, I, for one, won’t hold my breath.