Ahad Raza Mir on his role in Resident Evil 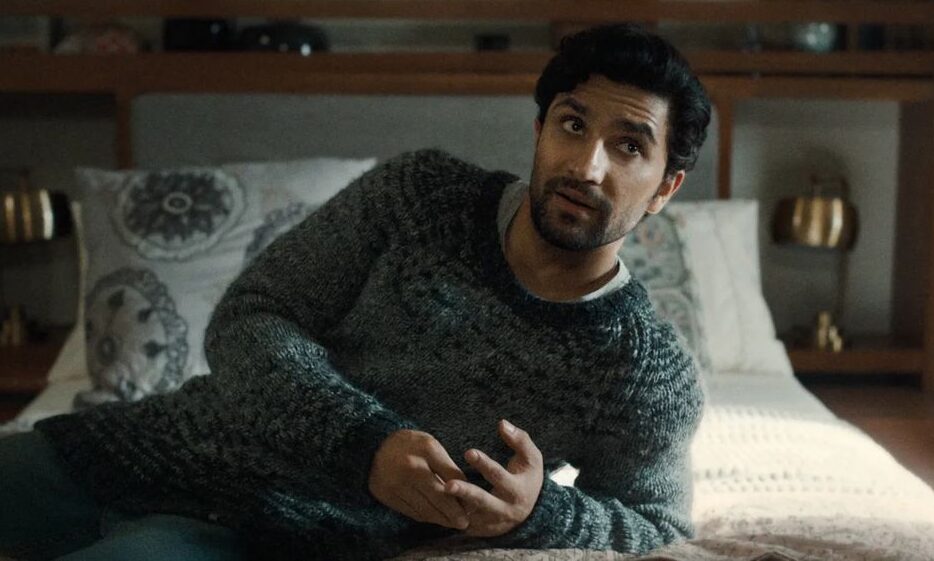 KARACHI: It is always exciting when Pakistani actors are able to showcase their talent, not just at home but abroad as well. As of late, Ahad Raza Mir has been doing just that on the Netflix original series Resident Evil. The actor, in an interview with Khaleej Times, discussed his role on the show and more!

The Netflix original is based on a Japanese horror game series. However, the new Resident Evil has been adapted to fit current times and has introduced new characters such as Ahad Raza Mir who plays Arjun Batra. When asked about what prompted him to take on the role, he narrowed it down to, “The franchise and the name itself is enough. I think it’s something I might have just blindly done because of how much people have loved the game series.”

However, that wasn’t the only deciding factor for picking up the role, “But the other part was that I wanted to know who this character is, what role he’ll be playing in the grand scheme of things. You kind of think selfishly as an actor and get enticed by the journey and the arc of the character, where it will travel.”

Resident Evil is not just a game but has several movies as well. So what makes the show different from what has already been done? Mir explained, “The best part about the show is that they’ve taken the background story of the games and have developed it further. They’ve turned it on its head and created a new-age version of it. There are these new characters that have been introduced that people haven’t watched in the films or the game, which is what attracted me to the role of Arjun. It will allow people who haven’t watched the films or played the game to also forge a new relationship with the series.”

When asked about OTT platforms and how different it was working with them instead of mainstream media, the actor said, “It allows you to explore concepts without any restrictions. Sometimes, when you’re working on TV, there are obviously certain things you can or can’t do. But the nice thing about OTT is that it gives you this avenue to explore anything. And that’s actually quite freeing for an actor. Also, the best part about OTT is that it’s global, you can watch it from anywhere. That’s why platforms like Netflix are really valuable for everybody.”

He also praised OTT platforms for allowing greater diversity in the cast, “Netflix has been an active part of it. It’s not just to have tokens of representation. I truly believe that I got cast in this role not because of the color of my skin but because of the skill. OTT platforms are not just putting people into places for the sake of it. They’re doing it very intelligently and I appreciate that. If you look back, maybe 10 years ago, the token characters would always have the stereotypical characteristics of that region. They’ll have a stereotypical accent or will be doing a prayer. My role has none of that and that’s a true step forward.”

While Resident Evil might be the stepping stone for Ahad Raza Mir in Hollywood, the actor is no stranger to performing for a western audience. In 2019, he was the first South Asian to play the role of Hamlet in Canada. When asked about his theatre experience he revealed, “That was really an experience. It’s funny I started my career with the same company, playing smaller roles. So, when I came to this side of the world and started doing well for myself, they were very proud to see where I’d come and they just happened to pitch the idea of me playing Hamlet.

Initially, I said no because it terrified me, 1,200 pages of dialogues, I didn’t think I could do it. But I always end up saying yes to things if they scare me because I feel like there’s going to be some kind of challenge that comes out of fear. I think the real accomplishment that we had with that production was because it was a mixed-race cast, the number of Pakistanis, Indians, Bangladeshis, Afghanis, Nepalis that came to see the show was unprecedented in the history of theatre in that city. Afterwards, they had so many people of colour auditioning for productions. So that was the real success of the show.”

But performing a theatre play is vastly different from acting for a movie or a show. Mir explained how, “It’s the ultimate test because there’s no action and cut in between. You have to let go of yourself completely for a certain amount of time. When you’re on stage and the show is running, there is no room for mistakes or retakes. I’ve had moments where you’re on set and something breaks or some light doesn’t go off or a cue doesn’t work or you forget a line. There’s no room for ‘let me fix it’. You have to fix it right there. It’s as liberating as it is daunting.”

What is next for Ahad Raza Mir? “What I’m shooting right now is something very exciting that you’ll find out about very soon. There are a few scripts I’m reading. I’m trying to explore my limits as an artiste. There are always these people who fully dive into the roles and change themselves completely. That’s the kind of work I’m looking for now, something a bit more nuanced. The only thing that is confirmed is the production of Hamlet coming out in 2023.”