Here's our version of the hit Netflix film 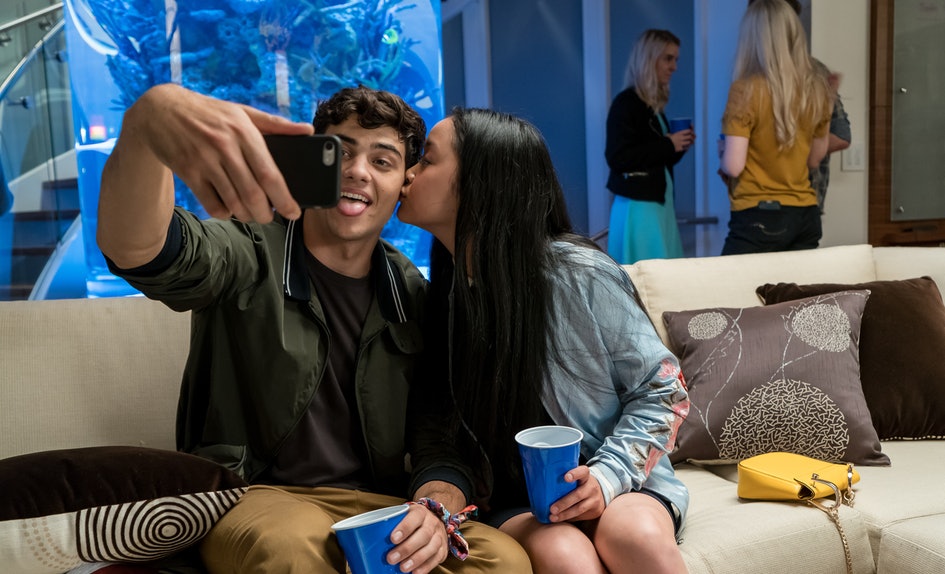 KARACHI: Thanks to the hit Netflix film To All The Boys I’ve Loved Before, we’re getting some ideas of our own. The film, starring Lana Condor and Noah Centineo in lead roles, has become quite a big deal: it revolves around a teenage girl, Lara Jean (played by Condor), who writes letters to all the boys she’s ever had a crush on and those letters accidentally get sent out to all those boys.

On paper, All The Boys I’ve Loved Before is an amalgamation of all romantic comedies we’ve grown up watching. Take for example its use of the popular ‘fake dating’ motif we’ve seen time and again in the Sandra Bullock and Ryan Reynolds starrer The Proposal or the Kate Hudson and Matthew McConaughey hit How To Lose a Guy in 10 days. And of course it has all that high-school mean girls drama only furthered by iPhones, Instagram captions and selfies. Just re-imagine the ‘burn book’ fiasco with five love letters written in moments of extreme vulnerability to five boys.

However, the difference is that her letters were very romantic and sweet because she wrote them when she was in love, and we’re thinking of writing a letter now that we’re so over that we can’t even remember why we were under (no pun intended) them in the first place. So bear with us.

1. To all the boys who slouched in their car seat to look cool. (It was not cool)

Seriously, how many of loved guys who drove around like they were part of the Fast and Furious franchise? The seat would be pushed all the way back, they would drive with one hand outstretched and be blaring music loudly. Sometimes the speakers would be kharaab so all you could hear was the phatta hua sound of Papi Chulo from miles away.

Seriously, this cat is hotter than you ever were.

2. To all the boys who exaggerated the amount of ‘action’ they got. (It was probably zero)

So we’re sure grown-up guys in their thirties still probably do this, but the lame shits we dated back in high school used to do this a lot, no questions asked. Basically, guys would exaggerate the amount of action they got with a girl they were dating or talking to. If she went out on a date with them, they’d tell their friends that they kissed. If the girl went to second base with them, they’d say they went all the way. And on it went.

Here’s some advice: if you spent some time on being a better person rather than trying to look cool and macho in front of your boys, you’d probably be getting action very easily. Girls don’t want to hook up with loser guys, so stop being a loser. Or else you’ll keep striking out.

That’s right. You thought we would never find out how you were manipulating us to keep dating your sorry ass? All those back-handed compliments that were made to make us feel insecure about ourselves, such as “I still think you’re pretty even though you’re a little overweight,” ain’t gonna work anymore! Ladies, if you look at your exes now and wonder what the eff you saw in those guys back then, here’s what. It wasn’t how you saw them, it’s how you saw yourself because of their shit comments. NEGGING IS CANCELLED NOW.

4. To all the boys who thought no meant yes. (It meant no)

5. To all the boys who dated us for years but ended up marrying their cousins. (Thanks)

Have you seen Deepika Padukone and Saif Ali Khan’s film Cocktail? It basically incorrectly reiterated the fact that there two kinds of girls, the hot and fun type that you date and hook up with (Deepika’s character) and the simple and timid type who you marry (the other really tall girl in the film). Real life hasn’t been much different from that. If a girl dates or has been with a couple of guys, she’s damaged goods. So all the boys who think that way, guess what we think of you?

With additional writing by Alice Peter-Bhagtaney