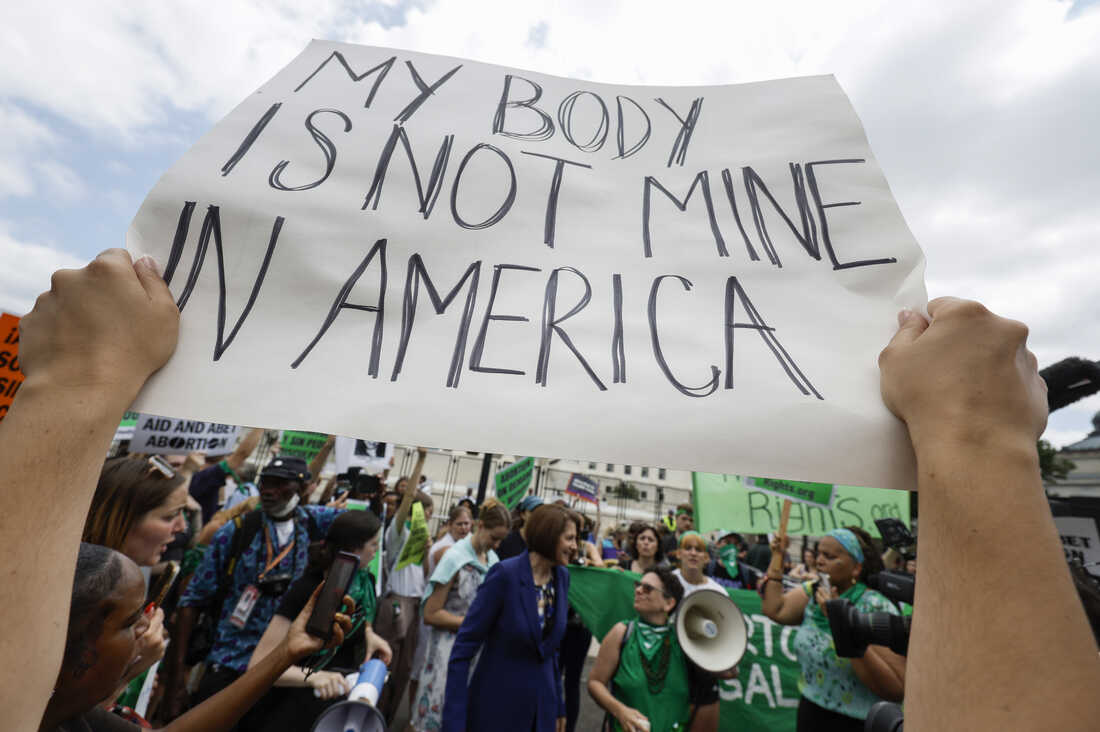 KARACHI: For years we have been told stories about The American Dream. Of a land of the free. Where everyone is equal and where the constitution safeguards your rights. That is, unless you are a woman. And you want to have an abortion. Then the state has more right over your body than you do. The state will force you to raise a child that you do not want or cannot afford. That is the precedent the Supreme Court set when they undid 50 years worth of abortion rights when they overturned Roe v Wade. Here is all that you need to know about the decision that will upend the lives of so many women and families in the United States of America.

Instead, the ‘pro-lifers’ continue with thread after thread about how women need to take the consequences of their actions.

Because this was never about babies.

Before we get to the present scenario, it is important to understand where it all began. Roe v Wade was a landmark decision made by the U.S Supreme Court which ruled in favor of the argument that the constitution of the United States protects a woman’s right to abortion.

The case was brought by Nora McCorvey, who used the legal pseudonym Jane Roe, who was pregnant with her third child. Roe wanted an abortion but under Texan law, an abortion was illegal unless it was needed to save the mother’s life. The case filed on her behalf claimed the abortion laws were unconstitutional. They argued the right to abortion falls under the fundamental constitutional right of privacy. A 7-2 decision found that abortion did, in fact, fall under the right to privacy and thus, abortion laws were unconstitutional. They did, however, set a framework of when abortions would not be allowed such as in the third trimester and when the mother’s health was at risk.

This was perhaps the most controversial Supreme Court decision and many accused the judges of judicial activism. It sparked an on going debate about abortions and for decades, there was an attempt to overturn the decision. Which finally happened in 2022.

After 50 years of countless debates and cases, the standing of Roe v Wade was challenged yet again with Dobbs v Jackson Women’s Health Organization. The case questioned whether it was constitutional for a 2018 Mississippi state law to ban abortions after the first 15 weeks of pregnancy. The lower courts had found the law to be unconstitutional because as per Planned Parenthood v Casey (which came after Roe v Wade) states were not allowed to ban abortions before the first 24 weeks of pregnancy based on fetal viability.

When the case was taken on appeal to the Supreme Court, they overturned the decision of the lower courts which, in turn, overturned Roe v Wade. The decision by Justice Samuel Alito upheld the Mississippi law which banned abortions after 15 weeks and a majority of the judges on the panel voted to strike down Roe v Wade and Planned Parenthood v Casey. What does this mean? It means that they all but stated that abortion is no longer a nationwide right thus, giving the State the power to stop the procedure from happening. Since the ruling on Friday, ten states have already banned abortions.

Judge Alito went as far as to call Roe v Wade “an abuse of judicial authority” and that the decision was based on “egregiously wrong” reasoning mainly because the right to abort is not expressly mentioned in the constitution and thus, is not “deeply rooted in this Nation’s history and tradition.”

For decades, America has been divided into two major groups. The more conservative Republicans and the more liberal Democrats. The political stances spill over into areas that require strict separation on powers including the judiciary. Which is startingly obvious in the current scenario.

Conservative judges on the bench were the ones who ruled in favor of banning abortions. Three of those judges were appointed by controversial ex President Donald Trump. On the other hand, the dissenting judges were the ones appointed by Bill Clinton and Barrack Obama. They spoke about the decision with regret and said, “With sorrow, for this Court, but more, for the many millions of American women who have today lost a fundamental constitutional protection, we dissent.”

The Supreme Court has effectively left it open for the states to decide on how they wish to peruse their abortions laws. It is expected that the states which were pro Republicans will uphold an umbrella ban on abortions while the blue states lead by Democrats will not enforce a blanket ban. 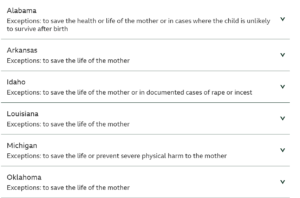 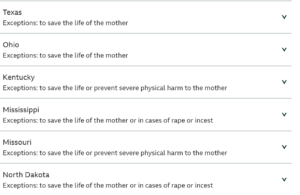 While the Supreme Court made it very obvious that public sentiment was the least of their concerns, many people have taken to the streets to protest the overturning of Roe v Wade.

If US Supreme Court overturning #RoeVWade was about babies, there would be:
Universal healthcare
Free birth control
Free education
Free daycare
Child support
Criminalisation of all rape & child marriage

As with all abuse of women, this is purely about male power and control

Monday marks the fourth day of demonstrations across the country. In New York, the protests overlapped with the Pride Parade and marchers sported pink flag with sayings such as, “I stand with Planned Parenthood,” and chanted, “We won’t back down.”

However, not all protests have been peaceful. In Los Angeles, on Saturday, the police intervened when a group of protesters tried to march onto the freeway. Video from the scene shows officers pushing protesters and striking at least one person with their batons. At least six people were arrested on Saturday at a rally in South Carolina. Two people were arrested in Washington DC, after they were accused of “throwing paint over the fence by the U.S. Supreme Court.”

‘Stupid’, ‘Loser’, ‘racist’: Trump’s aggression towards black women in the media is appalling