Gun violence in the U.S. 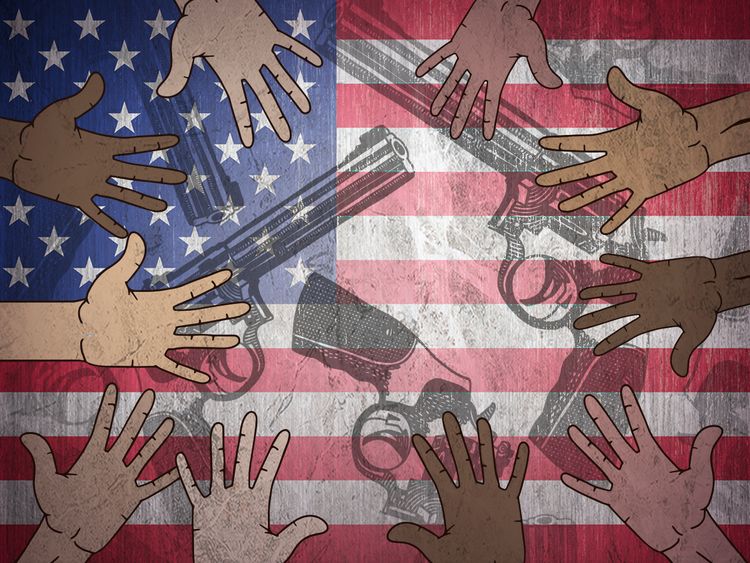 KARACHI: On May 25, the world woke up to the shocking news of 19 children being killed in a primary school shooting in Texas. This is the second deadly gun attack to have taken place in the USA just this month. Earlier this month, a gunman killed ten people in a supermarket in the state of Buffalo. However, gun violence in America is nothing new. Here is a look into why gun violence is so common in America and how many gun related incidents take place in the country.

In just this year, Americans have fallen victim to 212 mass shootings, according to the Gun Violence Archive, a U.S. non-profit that defines a mass shooting as any incident in which four or more people are shot or killed, excluding the attacker. But why is gun violence and crime in America so common?

It boils down to the 2nd amendment in the U.S. constitution that says that citizens have the right to bear arms. This in turn led to the National Rifle Association (NRA) becoming the most powerful special interest lobby group in the U.S., with a substantial budget to influence members of Congress on gun policy. As a result, laws aimed at tackling gun control often do not get passed. And the NRA has a history of going head on, on anyone who opposes them. They have infamously told doctors to “stay in their lane for advocating against gun violence.”

Hey @NRA ! Wanna see my lane? Here’s the chair I sit in when I tell parents their kids are dead. How dare you tell me I can’t research evidence based solutions. #ThisISMyLane #ThisIsOurLane #thequietroom pic.twitter.com/y7tBAuje8O

The Columbine High School massacre. The Aurora cinema shooting. The Sandy Hook Elementary Shooting. Charleston Church Shooting. These are just a few examples of some of the worst mass shootings to have taken place in America in the past decade and the shooters have all carried shotguns and/or assault rifles, all that are easily available.

President Joe Biden expressed his own anger at the lack of action taken against gun violence in America and said, “As a nation, we have to ask, ‘When in God’s name are we going to stand up to the gun lobby?” Which begs the question: If the president is so hopeless, who will be the one to step up?

The Trump/Biden Presidential debate leaves everyone in shock