‘Stupid’, ‘Loser’, ‘racist’: Trump’s aggression towards black women in the media is appalling 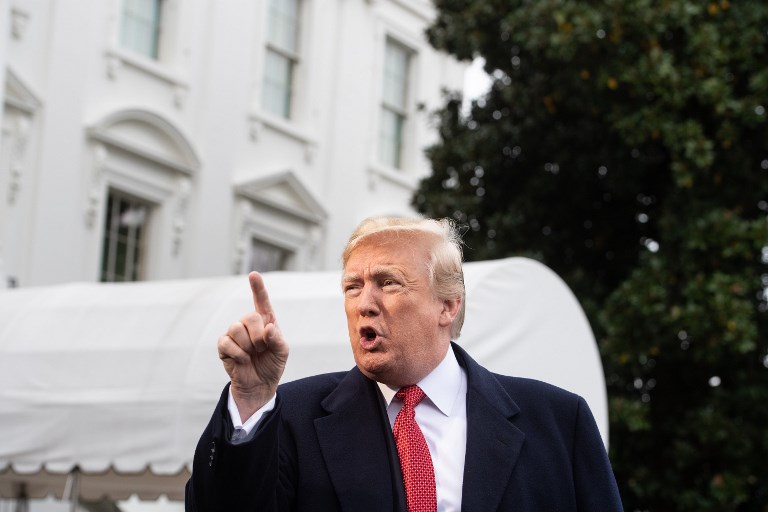 US President Donald Trump speaks to the press in Washington. PHOTO: AFP

KARACHI: US President Donald Trump’s relationship with the media has always been contentious but the past few days have seen an unprecedented aggression from his side.

The White House is revoking the credential pass of CNN reporter Jim Acosta hours after a fiery exchange at a press conference on Thursday.

The following day, Trump lashed out at another reporter April Ryan, who is African American, and a White House correspondent for American Urban Radio Networks, saying: “You talk about somebody that’s a loser. She doesn’t know what the hell she’s doing.”

"You've got to treat the White House and the office of the presidency with respect," he added pic.twitter.com/OngGqNoEZt

. @abbydphillip is a fabulous reporter who asks important questions. Do you follow her? If not, you should! pic.twitter.com/cszGKjYGxf

She had asked Trump whether he worries his rhetoric is emboldening white nationalists.

“That is such a racist question. It is so insulting to me. It’s a very terrible thing you said.”

Politico, an American publication, quoted the National Association of Black Journalists condemning Trump’s comments towards Ryan, Philip and Alcindor, and calling them “appalling, irresponsible and should be denounced.”

“The most powerful man in the free world is verbally abusing journalists,” NABJ President Sarah Glover said. “The past two years have been filled with assaults on the media and Donald Trump’s comments this week have reached an all-time low with attacks on three black female journalists.”

Read:2018 Midterm Elections: US elects a number of first-ever candidates


Politico also pointed out that while Trump has frequently sparred with white male reporters, as well, journalists and reporters say he seemed “to go one step further in his attacks on journalists like Ryan, Phillip and Alcindor. For instance, while Trump dismissed Dawsey’s question as stupid, he went one step further with Phillip by noting “I watch you a lot” and and that she asks “a lot of stupid questions.” With Ryan, he added on that she was a “loser”.”

American journalists took to twitter to stand with the three women and show their support for them.

"It is beyond disturbing. It is ugly, and I'm angry."@BrookeBCNN responds to the President's treatment of some of her media colleagues, all of whom are African-American women.

"Trump loves to punch. But this is something else. This feels personal." https://t.co/QsIZ3ZTynC pic.twitter.com/JkjyYO7zlg

My friend @AprilDRyan is an incredible journalist and a wonderful person. If you got to know April as I know her, you would love her too. #1A

For 21 years @AprilDRyan has covered The White House for American Urban Radio @AURNOnline & now @CNN & I’ve never seen her treated as repugnantly as she has been treated by this President. She is tireless and resilient & we’ve got her back 💕 https://t.co/BfbFuGDOjP

Sending love, support, & respect for my friends covering #POTUS now. ⁦@AprilDRyan⁩, ⁦@abbydphillip⁩, @yamiche. We stand with you! The IWMF calls for women covering The White House to be treated with respect – IWMF. @pbs @cnn https://t.co/t1ImPJptWV