From the first Muslim women in Congress to the first openly gay governor, this year’s midterm elections saw a number of historic firsts 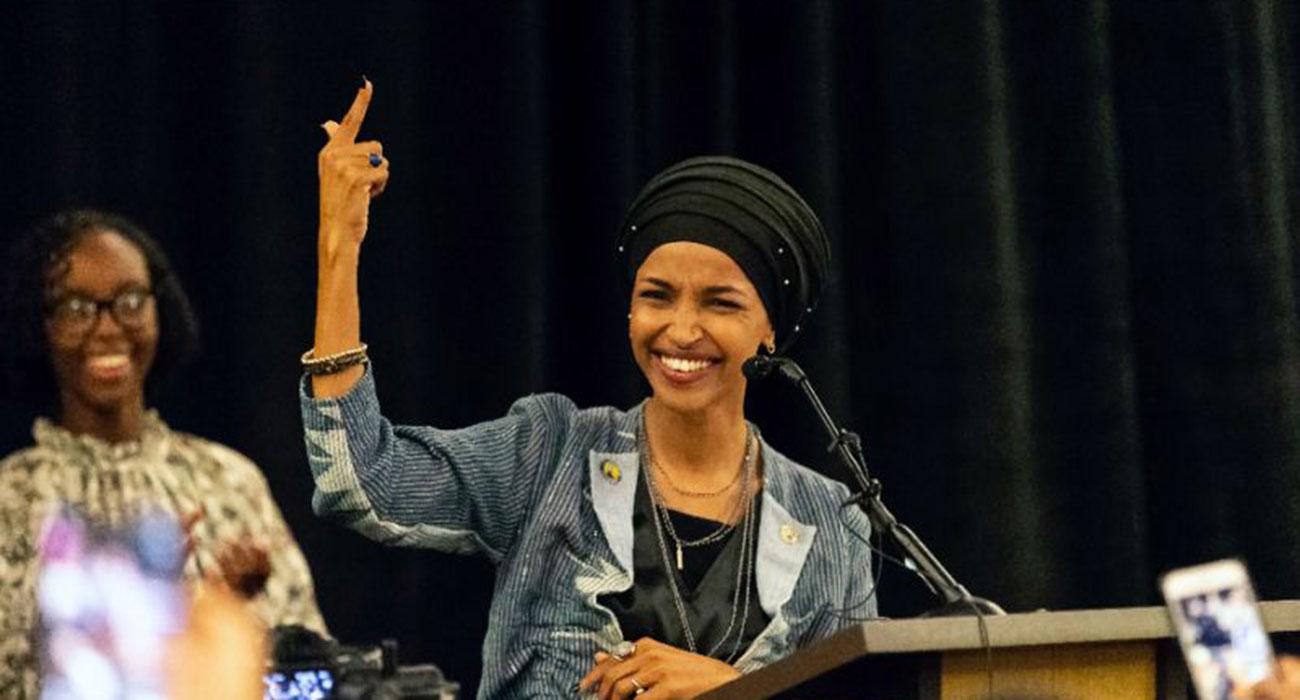 Ilhan Omar addresses supporters in Minneapolis, Minnesota after becoming of the first two Muslim women elected to the US Congress. PHOTO: AFP

KARACHI: For many Americans, this year’s midterm elections in the US meant more than just electing officials to Congress and the Senate.

The polls, for Democratic voters especially, became a form of resistance against President Donald Trump, who over the past two years has upended American politics with his well-documented bigotry and unapologetic failure to denounce white nationalism.

As per the results, however, Democrats’ efforts failed to materialise into substantial upsets for their Republican rivals, according to The New York Times. Case in point: Ted Cruz, the notoriously unpopular Senate candidate in deeply conservative Texas, beat his Democratic opponent Beto O’Rourke, who led a successful campaign but reportedly fell short on Election Day.

There wasn’t all doom and gloom, though.

Two candidates have made history together by becoming the first Muslim women elected to US Congress.

We did this, together.

In 2018, the US finally elected two Native American women in Congress, according to CNN.

Thank you New Mexico. Thank you to my family. And thank you Team Deb, for your tireless work to get us here! Together, we made history! #nmpol #nm01 pic.twitter.com/SJLg5GFNlV

3. The first female governor Of Guam

OUR FIRST WIN OF THE DAY! Congratulations to former Guam Senator and @EmergeAmerica boot camp alum Lou Leon Guerrero on winning her election for Governor of Guam! #EmergeNow #EmergeWorks pic.twitter.com/AlScb4FMuL

The US territory of Guam elected its first-ever woman governor, Lou Leon Guerrero, who won over 50% of the votes. She is the first Democrat to take the office since 2003, as per The Guam Daily Post.

She will succeed Republican Eddie Baza Calvo, who governed the island for nearly eight years.

I am so thankful for every single person who contributed, amplified, and worked to establish this movement.

Never forget the hard work it took to get us here. No matter what happens, this is what it takes.

After her high-profile victory over 10-term incumbent New York Democratic Rep.Joe Crowley in June, Alexandria Ocasio-Cortez, 29, made history this month by becoming the youngest ever candidate elected to Congress, the Times reports.

Once billed the “hate state” due to its stringent anti-LGBTQ laws, Colorado achieved a milestone on Election Day by becoming the first US state to elect the first openly gay man as governor.

Running on a progressive platform, Jared Polis defeated his Republican challenger Colorado Treasurer Walker Stapleton, according to The Washington Post.

Before Polis, Oregon’s Kate Brown, who is bisexual, became the first openly LGBTQ person to be elected as governor of a US state in 2016.

Thank you Colorado! As your #COgov, I will serve with the Colorado way of life in my heart and on my mind at all times. The future starts now! https://t.co/reBTzHWUri