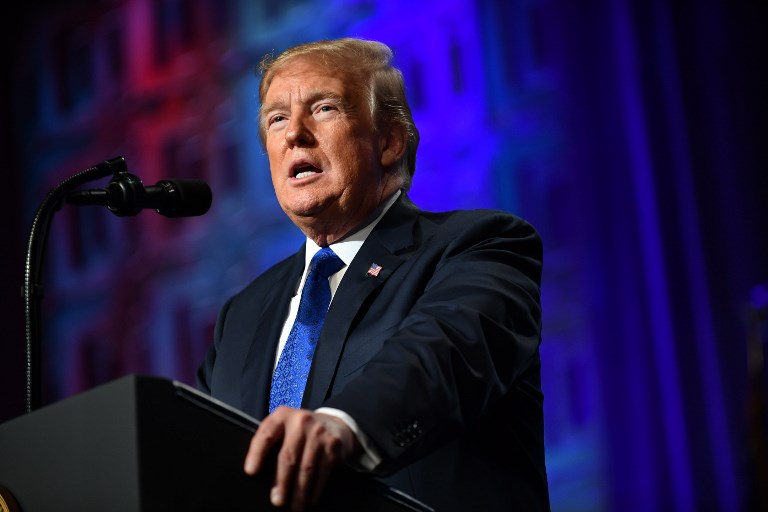 KARACHI: US President Donald Trump has spoken up about Christine Blasey Ford’s sexual assault allegations against Supreme Court nominee Brett Kavanaugh for the first time. While addressing his supporters at a campaign rally, Trump made shockingly sexist remarks against Ford, who has been receiving many death threats and has been forced to flee her home since private information leaked on the Internet ever since she initially came forward with her allegations against the Supreme Court nominee.

Read: A year in review: #MeToo

At this, his supporters started laughing and applauding.

President Donald Trump mocks Christine Blasey Ford at a rally in Mississippi, attempting to cast doubt on her testimony about her alleged sexual assault. Has Trump overstepped the mark? #TheDrum pic.twitter.com/sOHOImN1Lf

Speaking about Kavanaugh, Trump said: “I don’t even know him. I met him for the first time a few weeks ago. I don’t even know him. So it’s not like, ‘Oh, gee, I want to protect my friend.'” He further contested that the Democrats who are believing Ford’s testimony are “evil” and want to “destroy people”.

The worst yet was when he said in his speech that men in America are under attack somehow. “Think of your son. Think of your husband,” Trump told the rally, and he mentioned the “many false allegations” that came up against him last year.