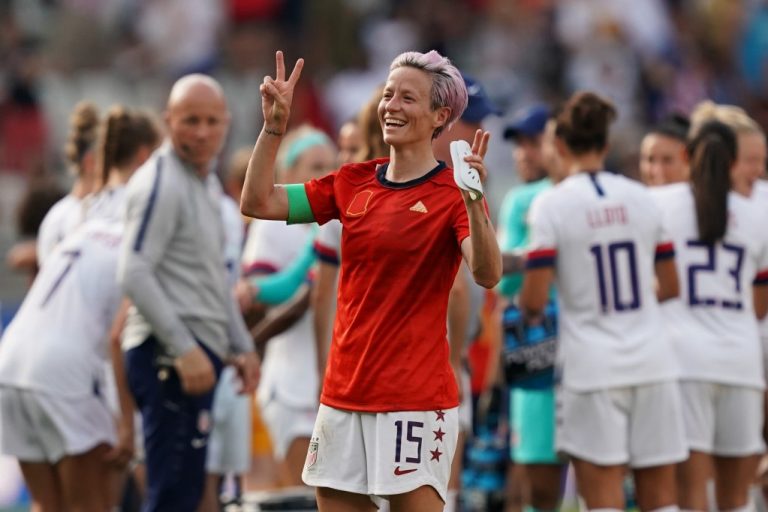 United States’ forward Megan Rapinoe celebrates at the end of the France 2019 Women’s World Cup round of sixteen football match between Spain and USA. PHOTO: AFP

Megan Rapinoe, co-captain of the American women’s football team who is currently playing (and thriving) in the Fifa World Cup, has made US President Donald Trump, well, upset.

Rapinoe  scored both goals against Spain on Monday after which football magazine Eight by Eight replugged an interview in which Rapinoe said: “I’m not going to the f***ing White House.” “We’re not going to be invited,” she added.

This didn’t sit well with Trump, who in a tirade of tweets said, “Megan should WIN first before she TALKS! Finish the job!”. He also tagged the wrong Megan Rapinoe.

Women’s soccer player, @mPinoe, just stated that she is “not going to the F…ing White House if we win.” Other than the NBA, which now refuses to call owners, owners (please explain that I just got Criminal Justice Reform passed, Black unemployment is at the lowest level…

….in our Country’s history, and the poverty index is also best number EVER), leagues and teams love coming to the White House. I am a big fan of the American Team, and Women’s Soccer, but Megan should WIN first before she TALKS! Finish the job! We haven’t yet….

….invited Megan or the team, but I am now inviting the TEAM, win or lose. Megan should never disrespect our Country, the White House, or our Flag, especially since so much has been done for her & the team. Be proud of the Flag that you wear. The USA is doing GREAT!

On Friday, Rapinoe said she stands by her comments about not visiting the White House and encouraged her team-mates to follow her lead.

“I stand by the comments that I made about not wanting to go to the White House with exception of the expletive,” she said, according to the BBC. “My mom would be very upset about that.” 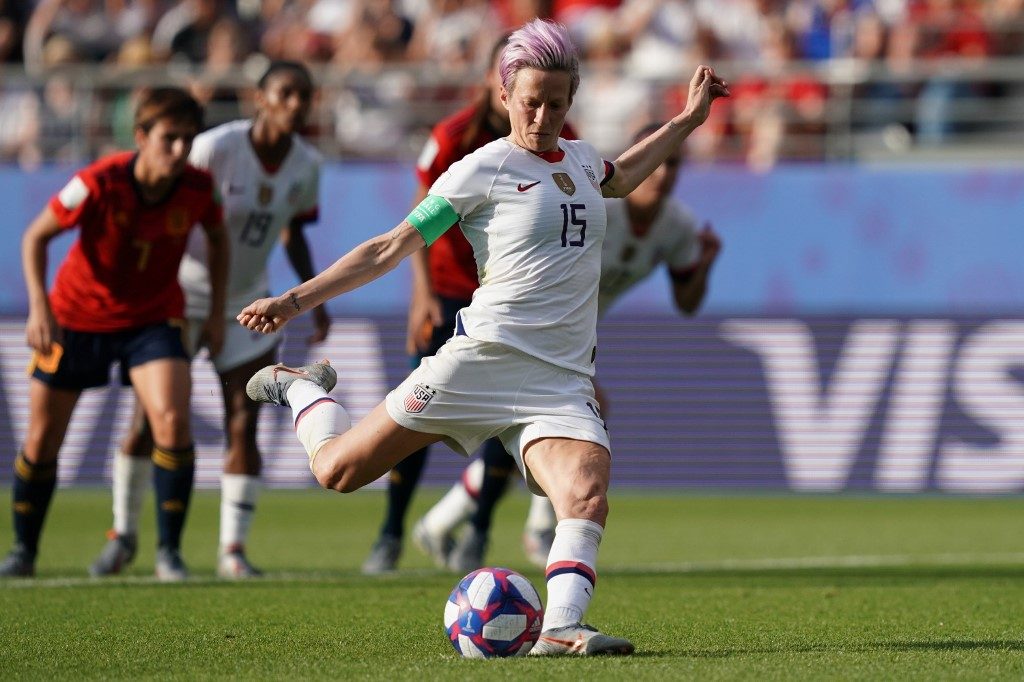 Rapinoe , who is openly gay, is outspoken about social justice issues and refers to herself as a “walking protest”

In the past she has knelt during the national anthem in solidarity with former NFL quarterback Colin Kaepernick.