Netflix sequels to look forward to 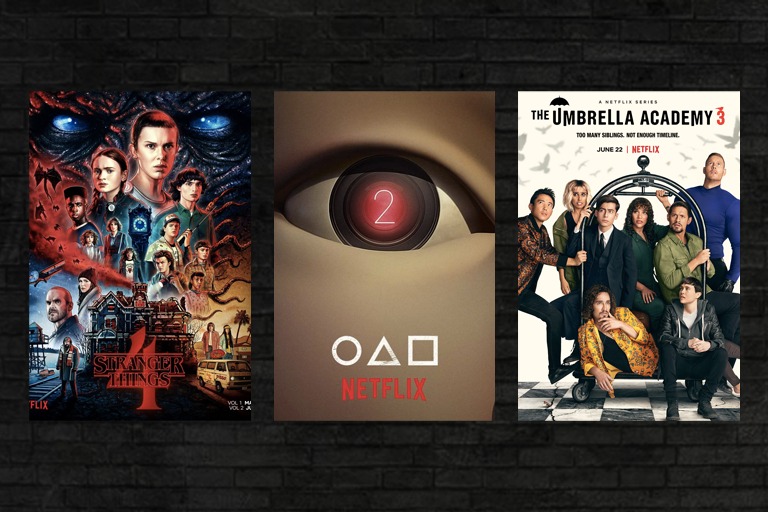 KARACHI: If you are someone who binge watches shows, you know better than anyone just how long the wait can be between seasons. The wait is especially unbearable when the season ends on a cliffhanger. For example, Squid Game ended on a dubious note and fans were desperate for season 2. And the good news is that another season is coming! But it is not only Squid Game that announced a new season, other fan favorite shows have done so too. Here is a list of Netflix shows to look forward to.

Stranger Things is currently one of the top trending shows on Netflix and for good reason too. It feels as though through the good and bad, we have grown up with the children on screen and whenever things go wrong, we desperately wait for things to go back to being okay. Last season, we had to hold our breaths not knowing what Hopper’s fate would be. And now we have to wait a month to see how season 4 concludes.

Season 4 volume I ended with a massive cliffhanger that also revealed important information about the season’s villain Vecna as well as the backstory for the mythology on the show. The last two episodes will tie it all together and offer fans the clarity they all need.

Set to release on 1st July, the teaser trailer for volume II is out. However, fair warning, the show creators have revealed that there is no happy ending on the show!

The Korean show took the world by storm and became one of the most viewed Netflix shows to date. It ended with not just a cliffhanger but also news that the show creator was having doubts about renewing Squid Game for season 2.

However, fans can rest assure that Squid Game season 2 is coming! Creator and writer Hwang Dong-hyuk took to Instagram to share the exciting news and wrote, “It took 12 years to bring the first season of Squid Game to life last year. But it took 12 days for Squid Game to become the most popular series ever.” After expressing his gratitude to his fans, he went on to make the reveal for Squid Game season 2 and wrote, “And now Gi-hun returns. The Front Man returns. Season 2 is coming.”

And how we sit anxiously waiting for more news about season 2 of Squid Game!

All of Us Are Dead Season 2

Squid Game is not the only Korean drama returning for season 2. It was announced that All of Us Are Dead will also be returning for a second season. The show is a coming of age zombie apocalypse show. The story line features a group of high school students who find themselves fighting for survival against zombies after an experiment goes wrong. Cut off by the government, the intense thriller saw the group struggling to survive with what little they had.

The cast announced that a second season was in the works. The show creators revealed, “If the first season can be seen as having presented humanity’s survival, the next season can talk about the survival of zombies. I hope to present viewers with another season.”

Umbrella Academy fans will be delighted to know that they do not have to wait long for the third installment. The new season is set to release later this month!

The previous season ended with the Hargreeves siblings finding themselves in an alternate timeline where The Umbrella Academy was now the Sparrow Academy. To complicate things further, their dad Reginald, and their late brother Ben, are both still alive in this reality. What will ensue is something only watching the new season can tell us!

Like the previous seasons, Umbrella Academy season 3 will also have ten episodes all of which will be released on the same day.