What’s Jemima got to do with it? 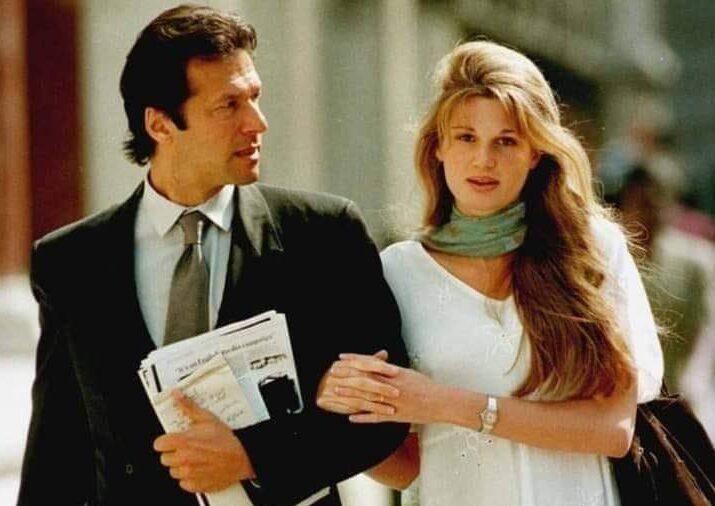 KARACHI: The political atmosphere in Pakistan has been hostile, to say the least. And it seems there are no holds barred when it comes to attacking anyone associated with a political leader. That includes ex wives. After Imran Khan was ousted as Prime Minister, many devoted PTI followers took to the streets to protest his removal. PTI supporters in London took to protesting outside former PMLN leader Nawaz Sharif’s residence. In retaliation, PMLN – UK announced a protest outside Jemima Goldsmith’s house. When the news spread on social media, Twitter users were quick to express their displeasure about Jemima being targeted because of Imran Khan.

Mutlub this logic is just as absurd as the party…. Nawaz is in London so obviously people will protest in front of where he is living… Jemima bechari ka kia leyna deyna 🤦‍♀️🤦‍♀️ #امپورٹڈ_حکومت_نامنظور https://t.co/dNn0lMVB5z

Another Twitter user pointed out that holding a protest outside Jemima’s house made no sense considering how removed she is from PTI and Imran Khan.

PMLN has always "announced" whatever took the least amount of effort from their collective 2 brain cells.

She's not a party member nor is she related to him anymore. This is so embarrassing and an inconvenience to her. https://t.co/y4VqFOogM9

Some questioned why go after Jemima when Imran Khan has other, more politically inclined exes.

She is the ex wife. How about protest outside Reham Khan house too since you’re going for exes ? Jemima isn’t in Pakistani politics. Nawaz Sharif is in Politics. https://t.co/8milktJmo6

Others pointed how this call to protest only cast PMLN in a negative light.

Very bad idea. When pmln is given an opportunity to prove its worth through performance, why go down this path. What will be difference between youthias and Parwaris then? https://t.co/ktWE09IwtI

Twitter users also pointed out targeting women seemed to be a pattern for the political party in question.

Needless to say, Pakistanis are not happy about Jemima Goldsmith being targeted to get to Imran Khan!