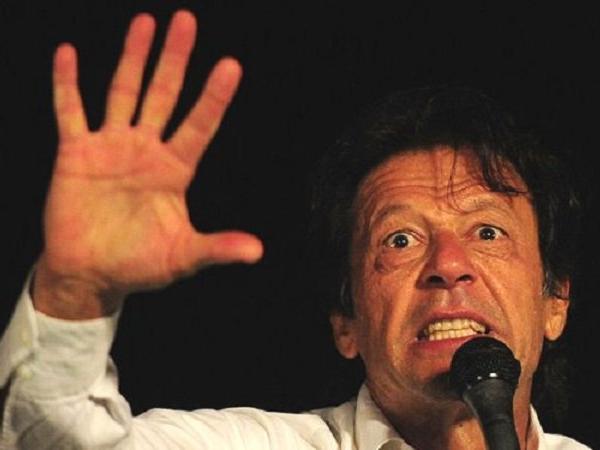 KARACHI: Pakistan Tehreek-e-Insaf (PTI) chairman Imran Khan has arrived at the holy city of Madina where he will be performing religious rituals.

The video of his arrival, however, has gone viral. The footage shows Imran disembarking the plane barefoot while shaking hands with the people and hiding something behind his the other hand.

One Twitter user demanded that the public be clued in on what Imran was ‘hiding’.

Do not make the fool, What was he hiding in the hand let the public know?

Another user went on to suggest that it was perhaps a liquor brand. “Black label,” he wrote in his tweet.:

Then, there were some who scoffed at his use of a private jet.

My question is why has he taken a charter flight ? In other words someone has gifted him a chartered flight for Umra . Why would you take such a gift , a symbol of richness and vip culture . Well , when some one gives you such a gift he will take his payback .

To settle the matter, we reached out to PTI Spokesperson Fawad Hussain to ask what the party chief was hiding.

Hussain dismissed all speculation, and said: “It’s the prayer beads, a tasbih, what else?”

Imran is on the holy land to perform Umrah, Fawad said, where on landing he walked barefoot in respect.

The PTI spokesperson also confirmed that Imran was travelling in a private jet but refused to comment further.