Revealing a still shot of Lily James and Shazad Latif as its first look, the film promises a cross-cultural romance 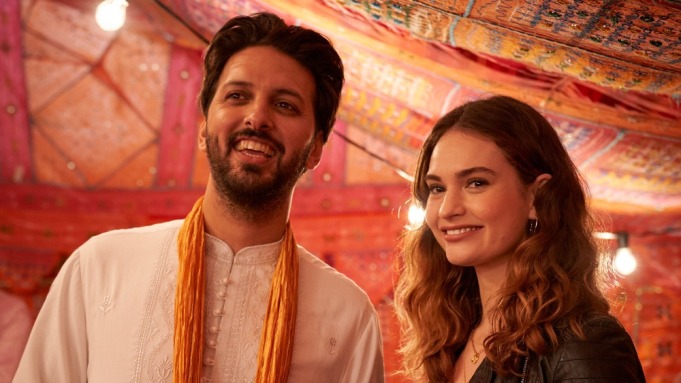 KARACHI: As 2021 began, Pakistanis rejoiced in the news that Sajal Aly will be starring in a Hollywood film, What’s Love Got To Do With It. With the year coming to its end, the team has finally revealed the first look of the movie and promised to release it in cinemas in 2022.

The first look is a still shot of Oscar-winner Emma Thompson and Shazad Latif from what looks like a mehendi ceremony, given the latter’s attire. Producer Jemima Goldsmith has also been sharing behind the scene pictures from the sets of the film, further hinting towards a wedding sequence. The movie itself is said to be a cross-cultural romance between Zoe (Thomspon) and Kazim (Latif) who are childhood friends and neighbours.

Set in London and Lahore, What’s Love Got To Do With It is Jemima Goldsmith’s first production and director Kapur’s first feature since his Oscar-winning drama film, Elizabeth: The Golden Age. Other cast members include Shabana Azmi, Asim Chaudhry, Mim Shaikh, Jeff Mirza, Iman Boujelouah, Mariam Haque and Sindhu Vee.

As reported by Variety, British-Pakistani record producer and musician, Naughty Boy, is working on original recordings for the film’s soundtrack while Pakistani singer Rahat Fateh Ali Khan is reported to have recorded two songs along with a special appearance in the film.