Thousands gather across Pakistan in support of Imran Khan 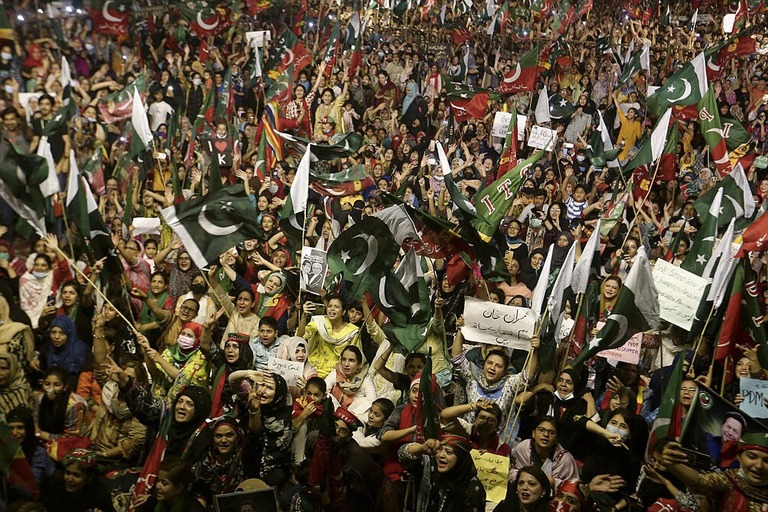 KARACHI: Following Imran Khan's ousting as Prime Minister, the PTI leader asked the nation to take to the streets and protest peacefully. And did the people listen to him! On April 10, thousands gathered on the streets of Karachi, Lahore, Islamabad, Faisalabad and other parts of the country to protest in support of PTI and Imran Khan. Amongst the crowds were men, women, children, celebrities and the elderly. Perhaps the biggest crowd was seen on the roads of Karachi in a protest that went on well beyond midnight.

The gesture did not go unnoticed by the former Prime Minister who took to social media to commend the crowd and reiterate their strength.

From journalists to actors to the general public, everyone was left in awe of the crowd that showed up in support of Imran Khan.

And of course, where there is a protest, there are also posters. Using the best asset that most Pakistanis have, that is humour, the people of Karachi and other cities showed up to the protest with posters in favour of PTI and mocking the other parties.

Of course, one day is not enough to prove that the nation truly stands with Imran Khan. Protests are not enough when it is the constitution and the law that has made the decision to remove a particular individual. Imran Khan’s regime was far from perfect, but it seems to have stirred something within this nation that refuses to sleep, that refuses to go home until their voices are heard.