Naumaan Ijaz vs the #MeToo movement 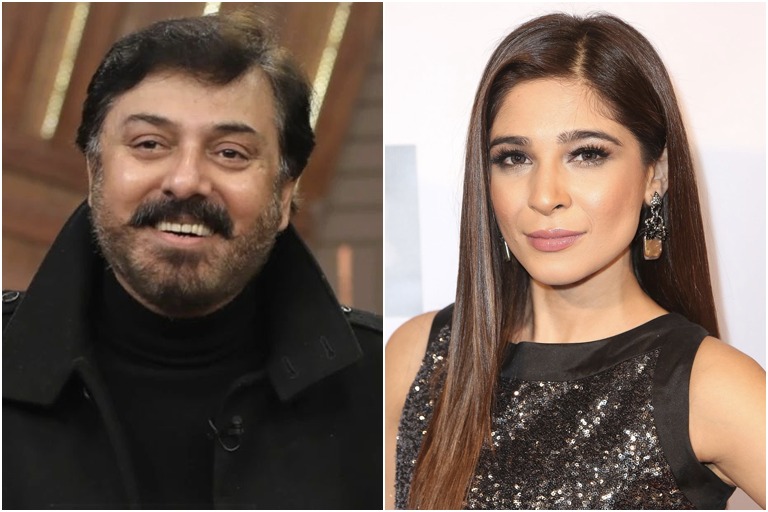 KARACHI: It is 2022 and by now you would expect men to get on board with the #MeToo movement. You would expect them to stand in support of the women who have talked about their harrowing experiences of sexual abuse/harassment. However, it seems as though Naumaan Ijaz did not get the memo because time and again he has dismissed not just the movement but the women who have opened up about their abuse. This time, Naumaan Ijaz threw actor Ayesha Omar under the bus and it was uncomfortable to watch, to say the least. It seems as though this is a pattern for the veteran actor and we are looking into all the times he has made questionable statements about this topic in particular.

Before Naumaan Ijaz criticized Ayesha Omar for speaking about her experience with harassment, the actor had begun making questionable statements back in 2020. He appeared on Say it All with Iffat Omar and after the interview, the only thing we could think was: he shouldn’t have said anything at all.

This man in one interview says he often cheats on his wife & he’s such a great actor that she never finds out. When iffat asks him about #MeToo he dismisses the movement and says “yeh sab deen say dori hai”
Pakistani men are just work of art! pic.twitter.com/9knbMAne4Y

Perhaps it was the fact that while proudly talking about his infidelity he pulled the religion card when talking about the #MeToo movement and said, “Yeh #MeToo, she too, he too are dangerous, people are using it as a weapon. This is only happening because people are turning away from religion.” Yes, he actually said that.

If, for a minute, we give Noumaan Ijaz the benefit of doubt and give him a chance to change his views, we would be disappointed. A year later, he had the same stance about the #MeToo movement. In fact, his opinion only got worse with time.

2021 was the year when drama serial Dunk aired and the storyline was about how a woman (Sana Javed) falsely accuses her professor (Naumaan Ijaz) of sexual harassment. Naturally, the drama came under fire for how they handled the already taboo topic.

In an interview about the drama, the Parizaad actor said, “We [actors] don’t create controversies, they are created for personal interests.” This is something Naumaan Ijaz would also repeat to Ayesha Omar a year later. Talking about the plot of Dunk, he also said, “The show highlights if the #MeToo movement has been misused. We have black sheep in the society who manipulate such movements. In this country, there should be some punishment for people who falsely accuse anyone.”

But the interview took a terrible turn when Ijaz said, “When we accuse someone of a crime this severe, we often forget about the impact of the accusation. We forget the impact it would have on the accused, his family. Not everyone is able to bear the consequences.”

Let that take a minute to sink in. The actor was more concerned about the repercussions that the alleged abuser would have to face for his crime, rather than worrying about the victims of abuse. He also went to say that one cannot simply believe a person who reports their abuse because there is no way of deciding who is right or wrong, “No one should harass anyone, regardless of gender. There should be proper laws in place, but who will decide whether the accusations are true or not?”

As if Ayesha Omar didn’t have it bad enough with Waseem Badami questioning her about her experience with sexual harassment in the most insensitive manner, the actor and model recently had to sit with Naumaan Ijaz through a similar scenario. In a recent interview that is making rounds on social media, Ijaz seems to be blaming Omar for creating controversies on purpose. He also questioned her on her reasons for talking about her harassment story.

The uncomfortable exchange began with Naumaan Ijaz telling Ayesha Omar that she is known create controversy and asks if she does so intentionally. He also made it a point to bring up her “bold shoots.” He then goes on to give her his unsolicited opinion and says, “I personally feel that if a person has gone through something in the past, it doesn’t mean they should start talking about it publicly just because they saw someone else do the same. You’re at a risk of damaging your image.”

Ayesha Omar, albeit uncomfortable, calmly responded that she did not speak up just because others were too, “kisi ko dekh ke nahi, (I did not do it because someone else did it).” But before she could even complete her sentence, Ijaz interjected and questioned, “What is the need for speaking up then? Why do we tend to forget that considering the society we live in, it will become difficult for us to survive because people here are not as aware?”

Omar responded that she spoke up because, “I need to follow my truth.” One would let it rest at that especially when a woman is saying she did something that is incredibly difficult for her own peace of mind. But Ijaz just would not stop making absurd statements and even asked her, “Tou apko laga ke aisa kar kay bohot apki wah wah hogae (So by speaking your truth, did you think you would get a lot of praise)?”

Ayesha Omar stood her ground and told him why she chose to speak up, “At the end of the day, you do it for your personal satisfaction. You need to answer to yourself, right?” When Ijaz remained unconvinced, Omar pointed out that, “To be clear, I’ve never named anyone, I’ve never put anyone on the spot like that.”

If you thought this exchange was bad, it gets progressively worse. Naumaan Ijaz was hell bent on making Ayesha Omar uncomfortable. He went on to question if anyone even asked Omar about her abuse to which the latter replied, “Yes, I was asked, not once, but by many people. And I never said anything as openly as you’re presenting.” At one point, Ayesha Omar had to remind him of the trauma she endured, “Nauman bhai, I have been through it myself. And I never spoke about it. For years I suppressed the matter and my feelings.”

But even that was not enough. Naumaan Ijaz had the gall to say, “So why speak about it now? You could’ve just let it pass.” Ayesha Omar, who in 2019 has spoken up about being sexually assaulted by someone influential in the industry, again was forced to defend herself, “there are so many women who are going through so much but they never speak up about it. I didn’t speak about it for 15 years too, not even to my best friend. And then when one person, having suffered a similar fate, came out, it gave me the strength to talk about what happened to me. And it is more important to me, than getting wah wahs, that we influence someone’s life positively.”

The exchange is painful to watch and is also heartbreaking. Women, on an everyday basis, are harassed and sexually abused. Sitting in their cars, crossing the road, in their workplace. There is no place that is safe for them. And when they speak up about their trauma, they are hushed up, or worse, accused of having done something to provoke the abuse and harassment.

Naumaan Ijaz serves as a mirror to society who simply cannot support women. No matter how well loved or educated men like him are, they simply believe that women are at fault for speaking their truth. Ayesha Omar, in just this one interview, represents the plight of every woman who stands up for herself. When will the likes of Naumaan Ijaz learn?