Opinion: Waseem Badami, this is NOT how you interview a sexual assault survivor

In his latest interview with Ayesha Omar, he asked if she was 'sorry' for not speaking up about her trauma earlier, after which Ayesha broke down on the show 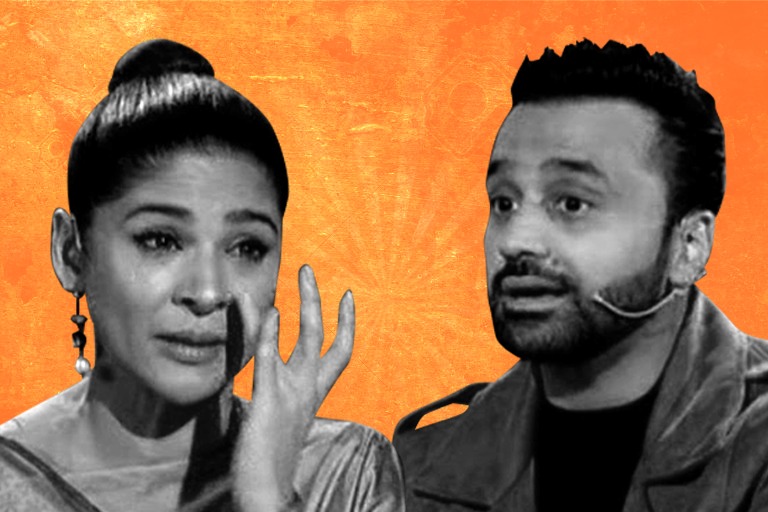 KARACHI: Ayesha Omar recently opened up about being sexually harassed at the age of 22 by someone powerful in the industry, and she did so in an interview with Waseem Badami. While the host appeared to be sincere and thoughtful when asking questions (in some places) as one would expect on a topic this sensitive, there were still some questions that he got wrong that resulted in Ayesha tearing up during the interview. In fact, she herself said during the interview, that she has never cried while talking about this incident before. “Maybe it was your question,” she added, trying to explain why this interview in particular made her cry. Let’s get into what that question was in just a bit.

While the star spoke about the struggle her mother underwent as a single parent, and the success of her performance in the hit show, Bulbulay, the conversation took a different turn when Badami asked her about the time she was sexually harassed. It seemed to be going okay, the conversation. Till Ayesha said that she didn’t have the courage to tell anyone for 13 years of her life. “And you’re sorry about that?” Badami asks at that point, to which Ayesha replies, “Uhhh, yes.”

This is an example of a leading question, something that every good journalist should avoid doing. It puts words in the mouth of the person you’re interviewing. In the case of Ayesha, it seems like this mere question led her to take responsibility of what was done to her and put the blame on her instead of the perpetrator. She hesitated before answering, which means that she probably hadn’t thought of this before and therefore needed a few seconds to think before responding. Also, this was the point where Ayesha teared up, to which Badami asked, “Even today it makes you emotional?” He seemed surprised.

This question is also an example of victim-blaming; why should she be sorry for anything? Ayesha says the incident took place when she was hardly 22 years old, by someone powerful in the industry. That means that she was too young and also too new in the industry. Basically, she was at her most vulnerable self. It is completely natural if she didn’t speak up or tell anyone for however long it took her. There’s simply no need to apologize, Ayesha.

“I had just joined the industry, I was hardly 22 years old,” she added. “He was a man in power and I was scared to go against him. I did not have the courage to tell anyone about it. I’m sorry about that. I am sorry to the person I was; had I shared it then, I would have been a stronger person today. A lot of other girls also suffered at the hands of the same person. Had I spoken up against him then, maybe he might have stopped.” Again, the responsibility is not Ayesha’s. In our self-inflicted blame, that is very common when such incidents happen to us, we must not think that our speaking up could have saved others from the same fate. We don’t know that. What we do know is that Ayesha was sexually exploited at a young age by someone who did it to others. He should be sorry for doing what he did, and Ayesha who was suffering herself is in no way responsible for his actions.

The leading questions don’t stop. At some point, Badami interrupts Ayesha to say, “So your message to other girls is that they should speak up? Aap ka ye message hai?” Again, this is putting words in her mouth. She said no such thing. If this is what the interviewer feels then let them come to the conclusion themselves by asking them, “If you have a message for young girls, what is it,” rather than assume what Ayesha’s message would be. We say that because speaking up is not an easy thing, even though the social climate in 2020 encourages such conversations much more than the time most millennials grew up in. Also, perhaps it is time that the message should be given to boys, not girls, that they need to stop viewing women as their commodities and feeling entitled to their bodies.