Comment: Maybe Noman Ijaz shouldn’t have said it all with Iffat Omar 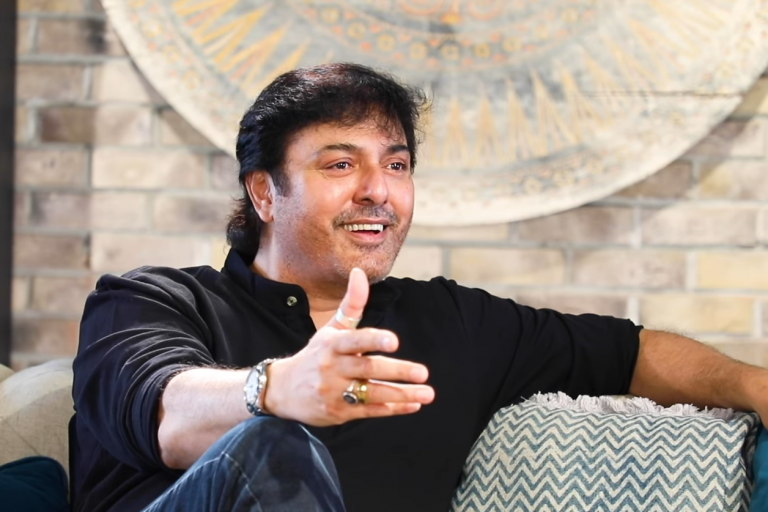 KARACHI: The new trend for male Pakistani actors seems to be ‘who can say the most problematic thing?’. From Agha Ali to Yasir Hussain, these celebrities seem adamant on making headlines (for all the wrong reasons). To add to the list of ridiculous opinions that privileged men have, an old clip of Noman Ijaz has resurfaced. The first episode of Say it All with Iffat Omar featured Ijaz as the guest and honestly, it is a surprise that a year passed without the video getting much attention earlier.

While Noman Ijaz’s opinions made it impossible for me to watch the interview till the end, the actor did take me on a roller coaster of emotions. From shock, to anger, to disbelief, towards the end I could only laugh at how many ridiculous things had been said during a span of 30 minutes, by a single man.

What the fuck is this??? Disgusting pic.twitter.com/vhmBeZTk8G

Honestly, I also felt a little bad for Iffat Omar for the guest that she had introduced as ‘undisputed, perfect, exemplary, someone who has never had a bad thing said about them’ seemed to come on her show just to prove her wrong. Here are a few of my personal favourite moments from the interview.

We don’t think before speaking

Ironically, Ijaz said that. ‘We don’t think before speaking’. Yet that is all he seemed to do throughout the show. From constantly propping himself on a higher ground than younger artists to speaking on topics like physical and sexual abuse, he managed to say one problematic thing after the other.

Husband and wife are not friends

According to the Pakistani actor, spouses cannot and should not be friends. He says friends are people we meet when we’re children, they are the ones who accept us with all of our flaws. Marriage, on the other hand, is a relationship which has norms and boundaries, which should not be crossed by either party. All of you who have married your best friends, or found friendship in your marriage, it’s a lie. Don’t act like you accept your other half regardless of their flaws, only friends can do that.

A great actor and an intelligent man for fooling his wife

We’ve all seen that clip, the one where Ijaz implies his extra marital affairs are never discovered by his wife (or by the husbands of the women he engages with). Does his wife still not know, though? After her husband admitted it proudly on national television? Not a very intelligent thing to do after all, is it.

Speaking on domestic violence, Noman Ijaz was of the opinion that ‘taali aik hath se nahi bajti‘ (it takes two to tango). He said that the victim should have left the husband the first time that it happened, because of course reporting abuse and even realizing it in the first place is as easy as Ijaz showing up at an interview and ‘speaking without thinking’. I’m sure you can beat someone up with one hand, even if you can’t clap with one.

Referring to the #MeToo movement, the actor revealed the reason to be ‘deen se doori’ (being non-religious). The man who just implied that he may be cheating on his wife now wants to preach religion to people. Not to forget the privilege that it takes to be able to ridicule a topic as sensitive as sexual abuse.

Punishment for theft is not sentence to death

Noman Ijaz yet again contradicted himself by saying that the punishment for theft is not a sentence to death. And rightly so, each crime should be punished accordingly. But then, what exactly is the punishment for predators? Or should they be let loose as well, since the victim must have also contributed to the incident in some way?

The statement was made by Ijaz while discussing how we, as a society, are too harsh on people and how we could be making things worse for a kid who might have committed a small crime in a moment of desperation. He says that allegations and punishments can push a person deeper into depression. But then, what are insensitive opinions like his doing to the survivors of domestic and sexual violence?

During the interview, Ijaz said that ‘social media is a weapon’, one that the Pakistani audience was not ready for hence they tend to lose control. But maybe that is the power of social media as well, that it has the power to remind people what has been said and done in the past, and that it is never too late to hold someone accountable.