Hina Altaf and Aagha Ali under fire for promoting fat-shaming 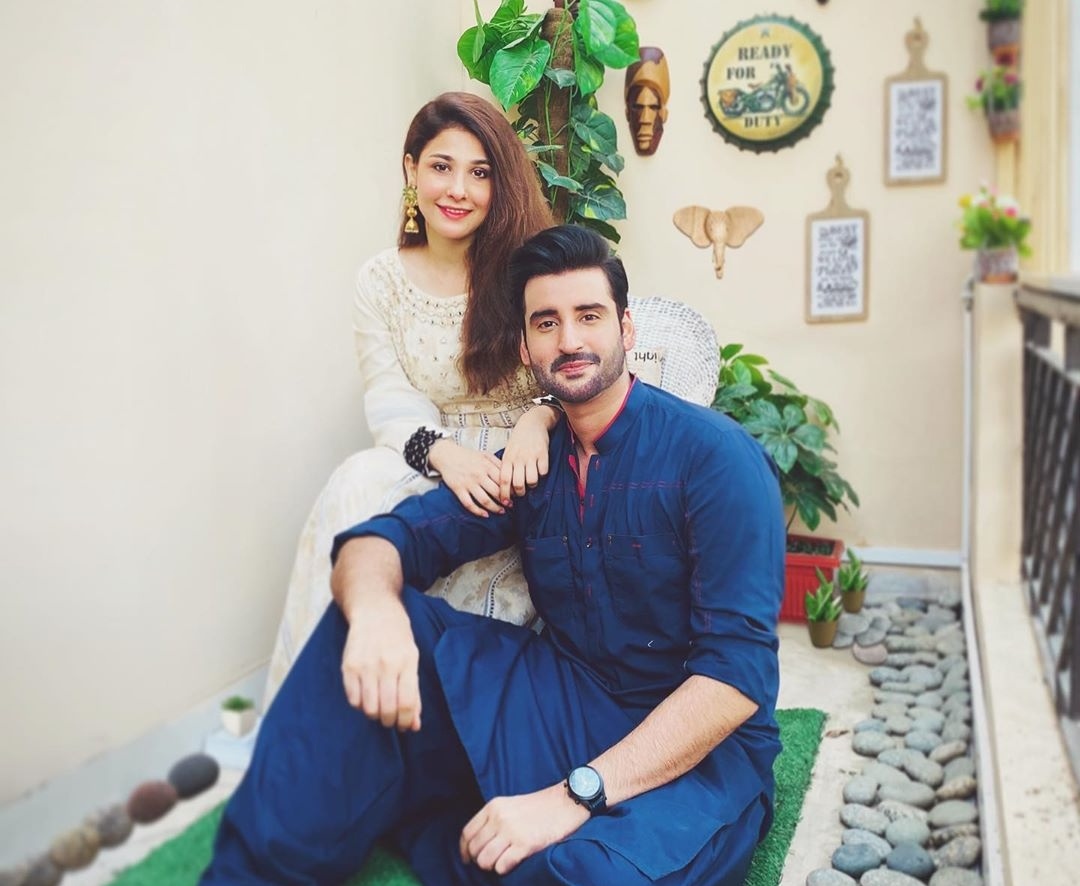 KARACHI: Aagha Ali is facing criticism for making Hina Altaf promise she would never get fat. This revelation was made on Nida Yasir’s Eid show, where the newly-married couple made an appearance and spoke about their married life.

A clip from the show is picking up steam as many are criticizing the couple for promoting fat-shaming. Nida Yasir asks Aagha what he would do if Hina gained weight, to which the couple both reveal that the only thing Aagha asked for in this marriage was that Hina does not get any weight.

Some public figures like Ali Gul Pir were quick to respond with their own witty take on the matter.

Twitter has been quick to call him out too.

wtf is cute about it??? it’s disgusting and he’s feeling proud about it pic.twitter.com/VSHW6ZyJlB

Some people have also noted that Nida Yasir’s has a lot of problematic moments where celebrities come and say things which are completely uncalled for, and do not get called out by the host, but encouraged further.

Why haven’t they banned this woman’s show already??!! What more needs to happen! Ugh infuriating. “Buss mein ney kaha moti no hona” Ill just body shame you. Taaaaliyan. What happens when she gets pregnant? Will he leave her temporarily? Depressing seeing our “celebrities”

A number of people have defended Aagha Ali by saying things like:

I don't find anything wrong with it? Who wants a moti biwi 😂

There is still a wide majority that is trying its best to knock some sense into his fans.

weight gain at some point in life is inevitable especially for women after childbirth. Give them a break. If ur love & life promises depend on a persons shape & size then its shallow af. Yea nobody saying be morbidly obese but this isn’t cute at all

Young men feel entitled to comment on another persons body image will want to eat their way into a grave after 50 and not be shy to comment on a woman's inability to loose post-pregnancy fat or point out how much she is able to enjoy food without worrying about getting fat. Sigh

Appalled at how men dismay women in the name of love. Love supposed to be with u through thick and thin but sadly it has become a trafficking for men to begin with. They start from objectifying your body to controlling it. Men are not lovers, they are more perverts than trash.

Gaining and losing weight is a natural part of life but when it’s posed as though it’s the biggest crime a woman can commit after getting married, it becomes problematic.

Women’s bodies transition throughout life as they go from one phase to another, unearthing their potential. Gaining weight should be the least of any person’s concerns when it comes to a woman, especially a talented name such as Hina Altaf who is who she is not because of her weight, but because of her acting talent.

One would also think Nida Yasir would be smarter than to provoke the hosts to comment on such a sensitive topic.

Sonakshi Sinha shuts down fat-shamers with this powerful video