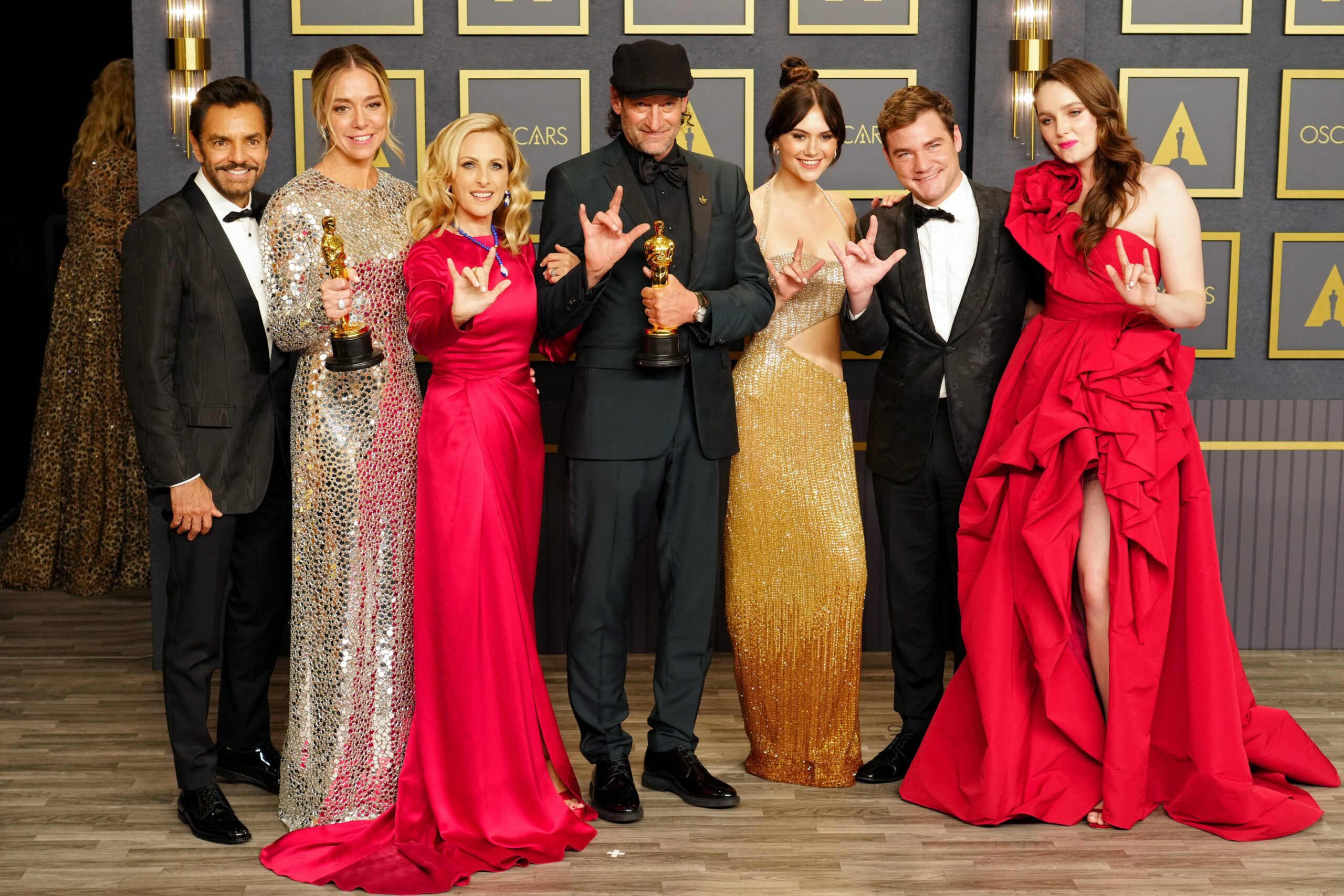 KARACHI: The Dolby Theater in Hollywood hosted the 94th Oscars and there was quite a bit that went down. Will Smith did more than just win Best Actor; he also punched presenter Chris Rock in the face. Women made history and underdogs rose to the top. Here is a roundup of the winners of Oscars 2022.

CODA had been an underdog in the running for Best Picture but rose above the other movies in the category. The coming of age comedy drama tells the story of the only hearing member of a deaf family. It follows her struggles as she tries to balance between her family’s struggling fishing business and her own life aspirations. CODA features predominantly deaf actors. The film also made history as one of the Oscars winners in 2022 as it marked the first film distributed by a streaming platform (Apple TV +) to win the award.

🤟 The cast of #CODA celebrates their #Oscars best picture win together, like the family they really are 🤟 https://t.co/SVaIJwWRTo pic.twitter.com/ztXLByqfcT

After hitting Chris Rock for making a joke about his wife, Will Smith won the Best Actor award for his role in King Richard.

The uncensored exchange between Will Smith and Chris Rock#WillSmith #ChrisRock pic.twitter.com/j4BpMIk2ux

Jessica Chastain won the award for her performance in The Eyes of Tammy Faye. Chastain was finally able to win an Oscar on her third nomination.

Troy Kotsur joining the list of winners at the Oscars 2022 was heartwarming, to say the least. His win marked the first time a deaf man won an award for acting at the Oscars.

What do you do when you’re invited to White House? “I was planning on teaching them some dirty sign language…but Marlee told me not to.” Congratulations to Tony Kotsur, now an #Oscar winner for Best Supporting Actor. #CODA #Oscars #Oscars2022 #tonykotsur pic.twitter.com/SHAvQMTebm

Ariana De Bose became the first openly queer woman of color to win an acting Oscar for her role in West Side Story.

#WestSideStory star #ArianaDeBose just made history with many first at the #Oscars ✨ The actress, who is taking home the award for her role as Anita in the 2021 remake is the first Afro-Latina and openly queer woman of color to win the award. https://t.co/XtFy7Ya0l9

🎉Congratulations to the fantastical cast and crew of #Encanto for winning the Academy Award for Best Animated Feature Film! #Oscars pic.twitter.com/iwVxbtxYpl

Billie Eilish and Finneas won the award for their original song ‘No Time to Die’.

Jane Campion swept up the Best Director Award for her movie The Power of the Dog. Her win made history as it marked the first time the award has gone to a woman twice, back to back (last year it went to Chloe Zhao for Nomadland).