Will Smith hits Chris Rock at the Oscars 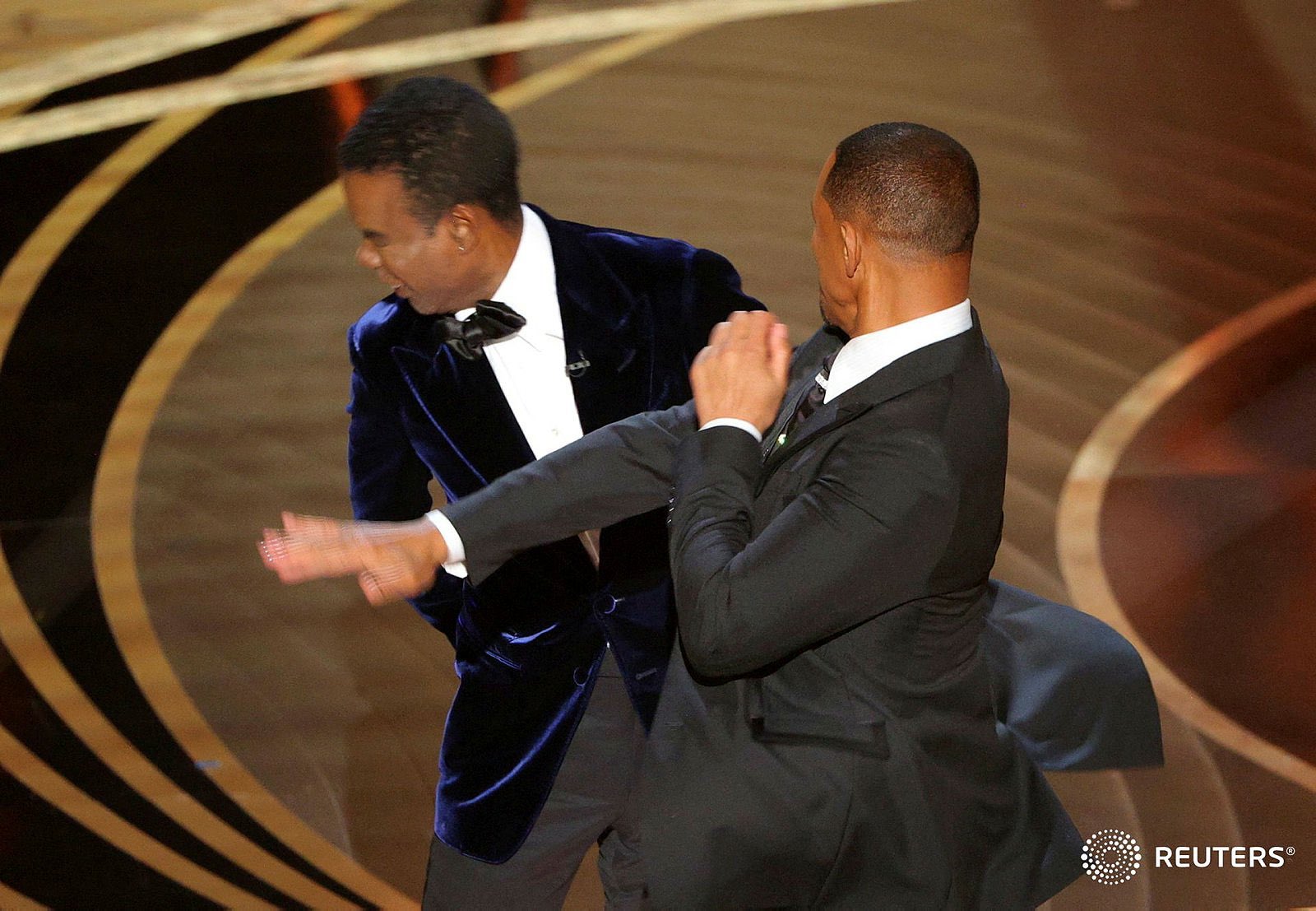 KARACHI: The 94th Academy Awards were held on March 27 at the Dolby Theatre in Hollywood. As always, the night was meant to be one of the greatest nights for actors and filmmakers. What few could have seen coming, however, was how one particular moment during the ceremony was going to make headlines. Will Smith, who won an Oscar for Best Actor in a Leading Performance, punched Chris Rock on stage. Here is what happened.

Comedian Chris Rock was the presenter for the category of documentary feature. During his build up for the nominations, Rock cracked a joke about Will Smith’s wife, Jada Pinkett Smith being in ‘G. I. Jane’ because of her shaved head. At first, Smith sat in the audience smiling but just as Rock was about to move on, the actor made his way to the stage and punched the presenter.

“Keep my wife’s name out of your mouth,” Smith yelled at Rock after making his way back to the audience. The internet has been divided over Smith’s behaviour.

Many are also confused about whether the move was scripted or not.

Naturally, the situation also gave birth to a whole lot of memes.

Shortly after the interaction with Chris Rock, Will Smith picked up the Oscar for his performance in ‘King Richard’. The actor apologized to The Academy during his acceptance speech as he broke down in tears. “I want to apologize to the Academy. I want to apologize to all my fellow nominees. This is a beautiful moment and I’m not crying for winning an award.” he said.

Jada Pinkett Smith suffers from alopecia, a condition that results in partial or complete hair loss. Pinkett Smith has been vocal about her struggles since 2018 and continues to brave her condition.