The image of a bruised and battered Mehru will be hard to forget but it opens up a conversation that is long overdue. 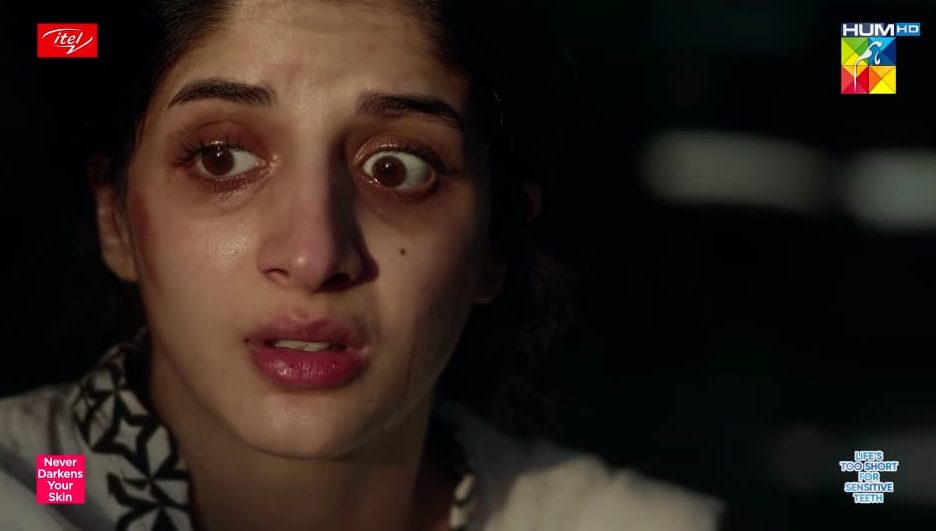 KARACHI: For all intents and purposes, the drama Qissa Meherbano Ka is a toxic mess. It’s like a blackhole that sucks you into a world of despair. The jury is still out whether this means the cast and crew have done a brilliant job in terms of execution or if it means the drama is incredibly dark. Between the crying, the abuse and the politics, one would assume things cannot get worse than they are for Meherbano (Mawra Hocane) but they do. But surprisingly enough, the dark turn in events in Qissa Meherbano Ka episode 16 opens up a conversation that is long overdue and that is of marital rape. 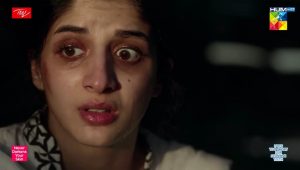 If you haven’t already watched the drama, be warned that the violence is pretty graphic. It will be difficult to get the image of the battered and bruised Meherbano after being violated in the worst ways, out of your head. The last we left Mehru, as she entered the sanctity of her room, perhaps her only safe space in her own home, she was shocked to find her creepy as hell husband Murad (Ahsan Khan) in her room and on her bed. Sniffing her dupatta, he begins making lewd comments about being home alone with Mehru and that he wants to properly get “acquainted” with his wife. Props go to Ahsan Khan for making our skin crawl with his acting. And as the episode draws to the end, we see Mehru being swung around and thrown against the wall as she tries to escape from her husband and ends on a sinister note of what will happen to Mehru.

Qissa Meherbano Ka episode 16 only gets progressively worse. The episode begins with Mehru, bruised and abused, sitting under the shower trying to wash away the filth of her husband off her body. Her niece is shocked at the state of her aunt and tells Mehru her husband had no right to treat her like this to which Mehru says something that mirrors what society tells girls when they are married. She tells her niece her husband has every right to treat her like this because she signed the Nikkah papers which all but means that she signed away all the rights she has of her body and soul over to her husband. He can treat her in whatever way he wants by virtue of being her husband. In the entire episode, it is clear how scared Mehru is of Murad and nothing indicates that she is enjoying his advances.

As the episode goes on, the abuse becomes worse. It is difficult to get the image of the battered Mehru out of our heads and as she sits shivering in pain and fear, Murad gloating makes it even worse. He tells her that she has finally learnt that there’s no point in resisting and by submitting to his forced intimacy she is a good “eastern wife.” What makes the marital rape even more harrowing is that Mehru has no one to turn to for help. With her siblings and parents gone, no one can help her and Murad knows that very well. But if you think about it, would it really make a difference if she did have family around? After all, no “good girl” talks about what happens between husband and wife behind closed doors.

Femicide and how women are fighting just to stay alive

Our society has treated intimacy as a taboo topic, one that is almost sinful to talk about rather than treating it as a sign of a healthy relationship. While we teach girls about how to be good wives, we in essence don’t teach them anything worthwhile. What sort of intimacy should they expect? How should they be treated by their husbands? What is intimacy between spouses and what is abuse? Because we don’t tell our girls about these things, they are conditioned to believe that even abuse and marital rape are normal. That all husbands can force themselves on their wives, that is normal to be beaten up for saying no, that it is normal to hurt and be told that their consent is irrelevant.

Pakistani society sits on the edge of believing marital rape because of religious and cultural beliefs and a legal system that has a long way to go but the concept of marital rape is also relatively new in the West as well. In the USA, the first case where marital rape was acknowledged was in the 1970s and in the UK it was acknowledged in 1990. There is an inherent belief that everyone other than a woman has the right over her own body, all over the world.

Qissa Meherbano Ka episode 16 was a difficult watch. It was dark and unlike what we’re used to seeing in Pakistani dramas. But it was a conversation that was much needed. Marital rape is a conversation we need to be able to discuss with our sisters and daughters and so we’re glad the drama broached the topic.

I’m no longer embarrassed of being diagnosed with anxiety: Mawra Hocane

Mawra Hocane thinks harassment on the streets is ‘Lahori fun’