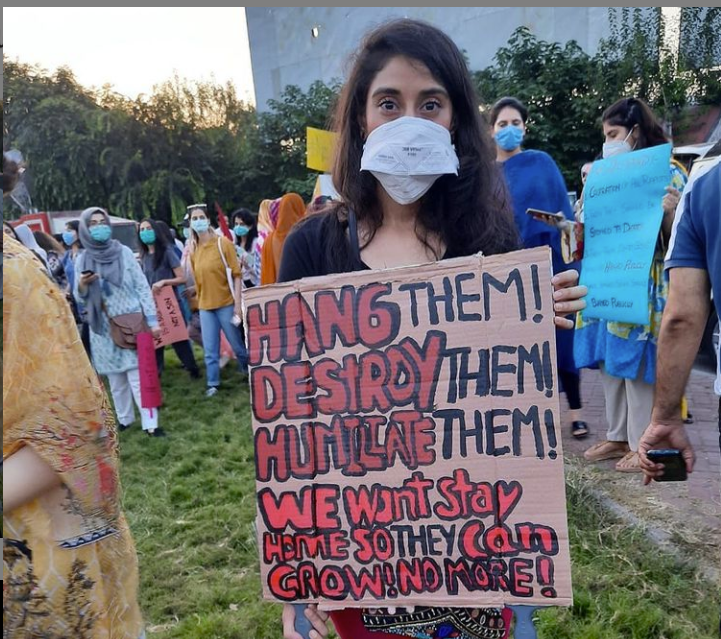 KARACHI: With Noor Mukadam’s murder case moving forward in the court, a recent update left many shocked. Asmat Adamjee, the mother of the prime accused, was granted bail despite the fact that call logs suggested she had been in contact with her son during the kidnapping and murder. Following the Supreme Court’s decision to grant bail, Noor Mukadam’s mother spoke to the press for the first time since her daughter’s murder.

Zahirs mother made 11 phone calls to him while he was torturing and killing a young woman. Not one of those calls was made to the police. How does the court explain her bail? https://t.co/3ioxMJzYO6

Holding the sign that her daughter once proudly held at Aurat March, Noor Mukadam’s mother was asked what her demands from the judiciary was to which she replied that all she wanted is for her daughter to get the justice she deserves and that, “the murderer should get the same punishment” as her daughter had to endure. She also went on to say that all those people who were involved in the crime should also be punished.

Breaking down in tears, Mukadam’s mother confessed that she isn’t at peace and she can hardly sleep since her daughter was murdered. She talked about what a great daughter Noor was, not just towards her family but towards those around her. Mrs. Mukadam also talked about how the family was struggling to deal with their loss and that the only thing that will help them get through the ordeal is when the accused will get the punishment they deserve.

Noor’s mother speaks to the media for the first time. No mother should have to feel this unimaginable pain. No one should have to be this strong in the pursuit of justice. #JusticeforNoor
Video link @saqibbashir156: https://t.co/rf0M4k1BpO

Zahir Jaffer remains the main accused in the murder case and has been indicted.