In addition to Zahir Jaffer, his parents, two members of his household staff, Therapy Works CEO and 6 employees were indicted. 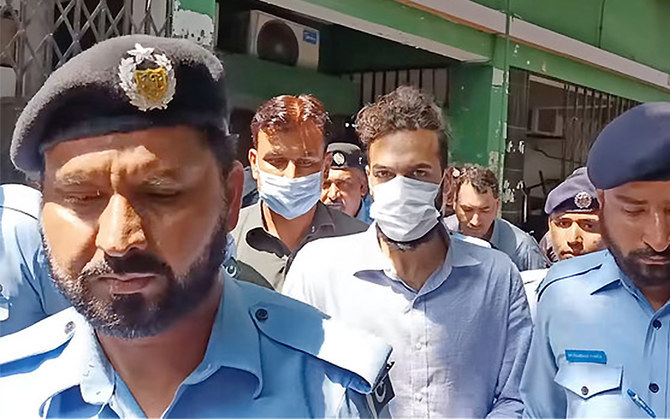 KARACHI: The prime suspect in the Noor Mukadam murder case, Zahir Jaffer, has finally been indicted and found guilty by the Islamabad High Court. Along with Zahir Jaffer, both his parents Zakir Jaffer and Asmat Adamjee, two of their household staff members, the CEO of Therapy Works Tahir Zahoor and six employees from Therapy Works were also indicted in the case. Jaffer was accused of kidnapping, raping, brutally murdering and beheading Noor Mukadam, the daughter of a former diplomat.

Explaining their decision to charge the parents in the case, the IHC released a detailed explanation for their finding and said that the parents aided and abetted Zahir Jaffer in his crime. The court explained that if there is factual evidence, aiding and abetting is a serious crime. The evidence presented before the court included testimony from the watchman who said he had informed Zakir Jaffer on what was transpiring in the house. Zahir Jaffer himself admitted that his father knew about what he had done to Noor Mukadam.

Speaking to the press, Zahir Jaffer admitted to killing Noor Mukadam and hinted that the killing was a part of a sacrifice. He can clearly be heard saying, “Yeh hua tha meray haath say (the murder happened by my hands).” Describing the events that took place that night, Zahir Jaffir revealed that Mukadam came at him with a knife which angered him and so he grabbed the knife and killed her, “Uss (Noor) nay pehlay koushish kiya tha phir meinay ussey chuhri sey marra tha (Noor tried first but then I killed her with the knife.)”

Zahir Jaffer also incriminated his father for being guilty of trying to help him cover up the crime and revealed, “Abu nay kaha tha kay get rid of her (my dad asked me to get rid of her).”